Why Every Parent Needs an Air Fryer 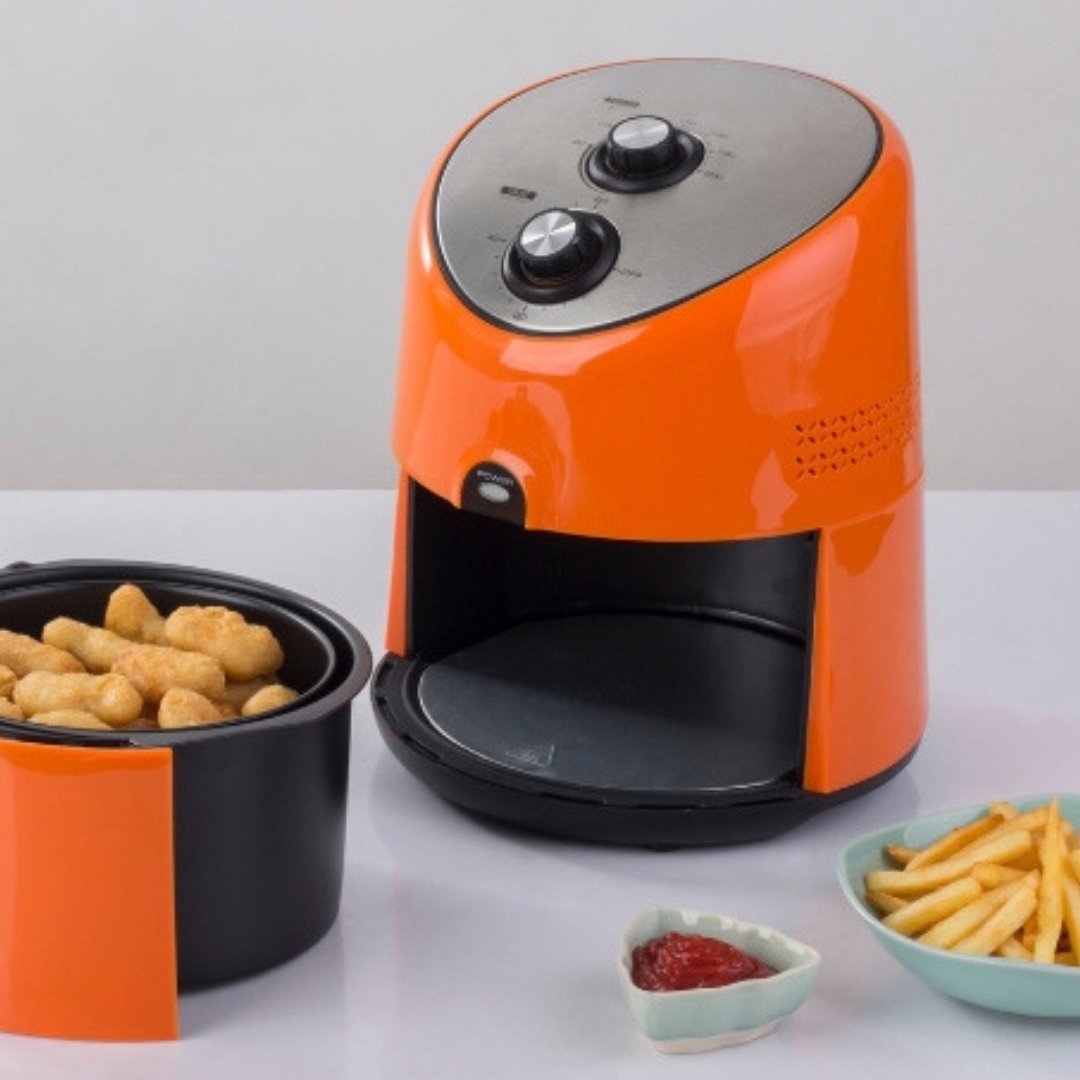 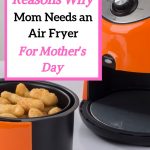 We bought what I would consider to be a first generation air fryer a few years ago. It was fine, in that it cooked food crispy and but not particularly quickly, AND it was tiny. You could seriously only fit a couple of chicken tenders in it at a time, and it took 20 minutes to cook them, so it wasn’t efficient, either.

For Christmas this year, we tried again, only with a much bigger 5.7 quart fryer and it is a game changer. On busy nights it pairs perfectly with some frozen, not-the-healthiest-but-mama-doesn’t-have-time-for-kale food (lookin’ at you, Lean Cuisine pizza!)

On relaxing days, I spend hours experimenting with it, frying up all manner of things I wouldn’t have even considered frying.

Why Buy an Air Fryer 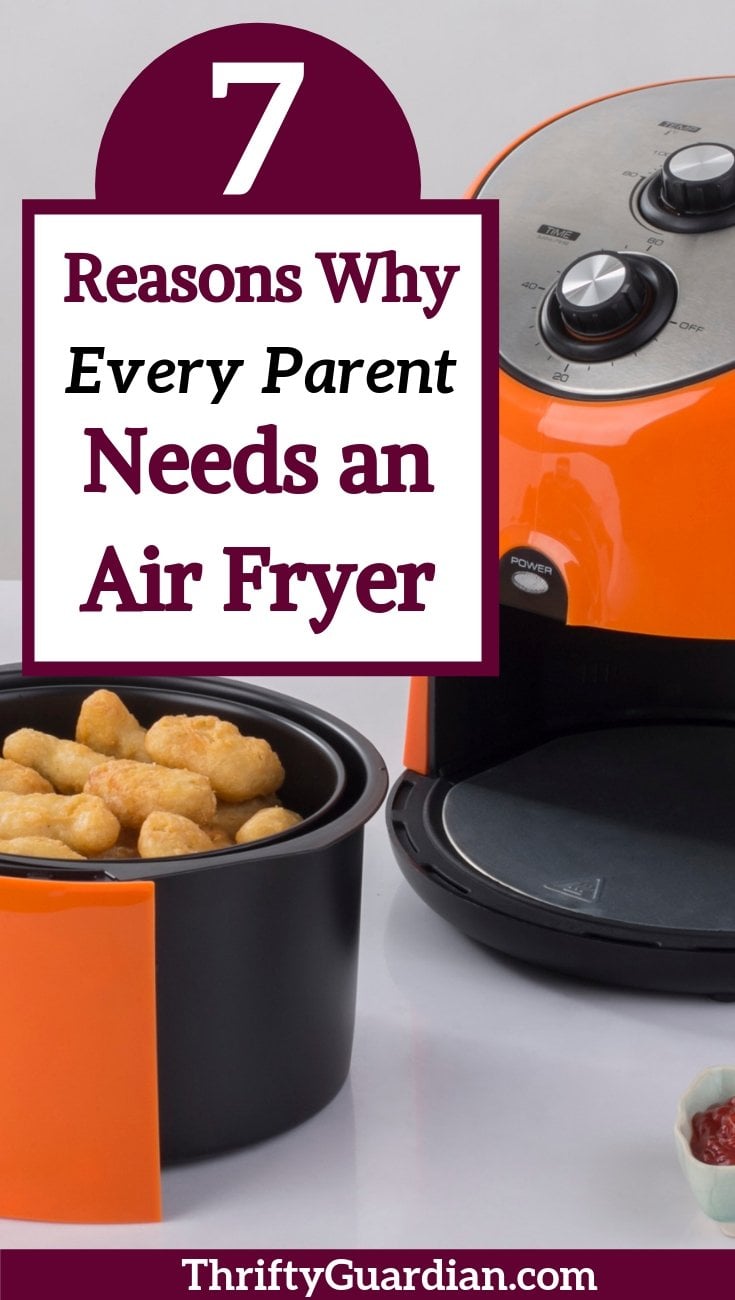 What is an air fryer?


At its core, an air fryer is a convection oven, using hot, circulating air to cook your food. The differences are nuanced but important, however.

An air fryer is typically shaped in more of a cone or dome, making the hot air circulate faster. This allows the outside of the food to crisp up while still cooking the inside quickly, preserving the juiciness while adding a perfect crunch. It also cooks faster than a countertop convection oven.

Most of the countertop ovens I looked at cost about twenty percent more than a similarly sized air fryer as well, and I’m not quite sure why. Convection ovens can typically go over the seemingly upper limit of 400 degrees that an air fryer has, but “frying” temperatures are usually between 350 and 400 degrees, so this isn’t surprising.

The best air fryers on the market have broad bottoms, allowing for a maximum amount of food cooked at once while still retaining the “frying” properties they boast. Because of this somewhat conical shape, they tend to take up less space than countertop ovens.

Benefits of Cooking with an Air Fryer


An air fryer cooks food faster than an oven would typically, and because it doesn’t require oil as a cooking medium, the food is lighter calorically and healthier in general.

As I mentioned earlier, you can toss in a layer of frozen chicken tenders, or fries, or whatever else you have on hand and dinner is ready in like 10 minutes.

On the model we have (Magic Chef), the timer is also effectively the “on” switch, so if you set it for 10 minutes, it shuts itself off in 10 minutes. There’s no “oh no I forgot the food” moments where you find that your salmon is blackened a bit more than you’d like; once the timer is up, it shuts off.

Fresh burgers come out juicy on the inside without flipping and splashing grease, and it reheats food more evenly (and pleasantly) than a microwave, though it takes longer.

Consider how microwave-reheated leftovers from a restaurant never taste as good, and you don’t typically want to preheat your oven just to heat up some chicken tenders. An air fryer is like your oven and your microwave had a baby and it was born being better than both of them (in certain applications). Reheating food is one of those applications!

Things to look for in an air fryer

Hands-down the most important attribute – and I cannot overstate this – is the size of the available cooking space. You can really only get the crispy benefits of the air fryer if your food isn’t stacked up on top of itself, so a single layer at a time is what you’re shooting for. This requires a decent sized basket so you’re able to cook quick, large batches. Ours is 5.7 quarts and it’s great for our family of 4, but if you have a bigger family or a party, something even larger might be ideal for you.

Ours is also manual, but there are digital ones out there as well that offer a wide range of preset cooking times and other fun add-ons.

Make sure you get a removable basket as well. Our first one didn’t have a removable basket, just this weird black insert that kinda held the food over the bottom of the fryer but not very well. The one we have now is a removable metal basked that clicks into the base and allows for total air circulation and for drippings to fall completely away from your food.

Finally, consider price when buying one. This isn’t a brand-new technology where higher price commands respect or the latest advancement. At its core, this is a very focused convection oven that fits on your countertop. Our Magic Chef was about $80, and it’s great. The only thing that you really need to pay extra for is a bigger model.

Why does every parent need an air fryer?

Obviously consider your needs before picking one up, but if you’re on the fence about buying an air fryer, I hope this helps you see that they’re not a fad kitchen gadget. It saves us time, calories, effort, and money and it will for you, too!