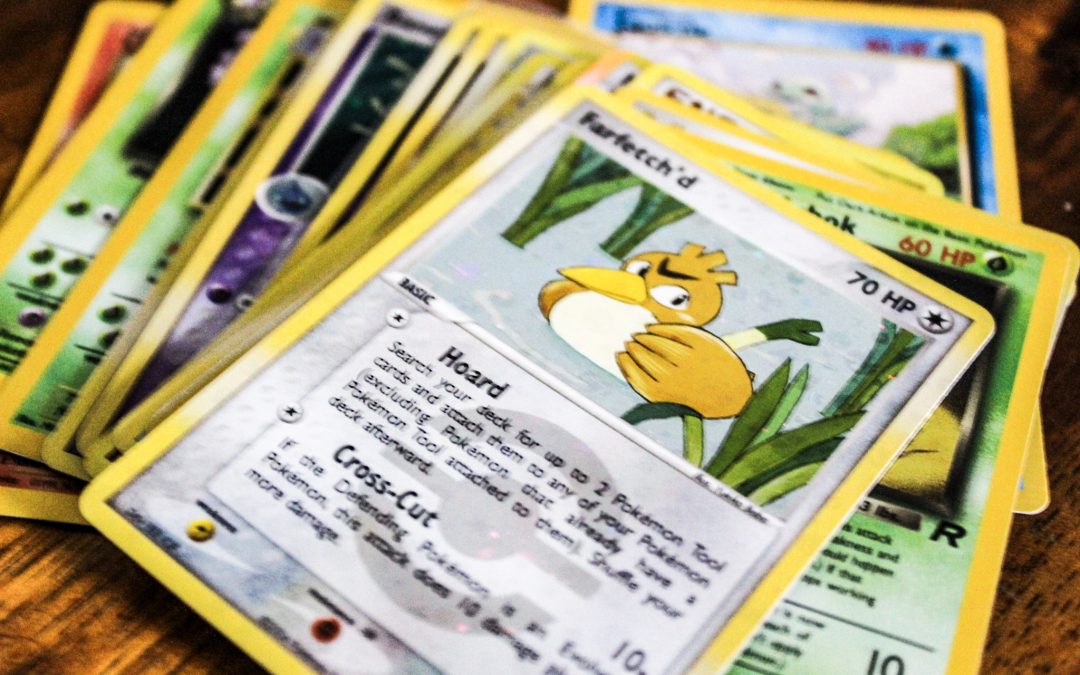 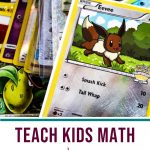 If you had told me at the start of 2020 that I needed to prepare to teach my children at home for a year, I would have laughed. While I had toyed with the idea of homeschooling once upon a time, that was before I was a work-at-home mom running her own 6-figure business. In fact, I was so excited to think that come Fall 2020, both my kids would be in school full-time — oooh the things i had planned!

So with the worldwide pandemic keeping us trapped in our house, I found myself scrounging for things that would keep my kids occupied in fun, but educational ways.


Disclaimer: This blog post contains affiliate links, which means I may earn a commission should you click through and make a purchase. This is no way impacts your cost nor my recommendation of any products or services.

My husband, who is an avid gamer, pulled his Pokemon cards out of storage and started to thumb through them. The game has complexities, but at its core, it’s addition and subtraction, and it’s packaged in a fun card game with bright, cute pictures. We sat down and figured out a way to make it accessible to our 5 and 6-year-old children while making sure it still felt like a game. The result is something the kids beg to do, not realizing they’re also learning math at the same time!


How to find Pokemon cards 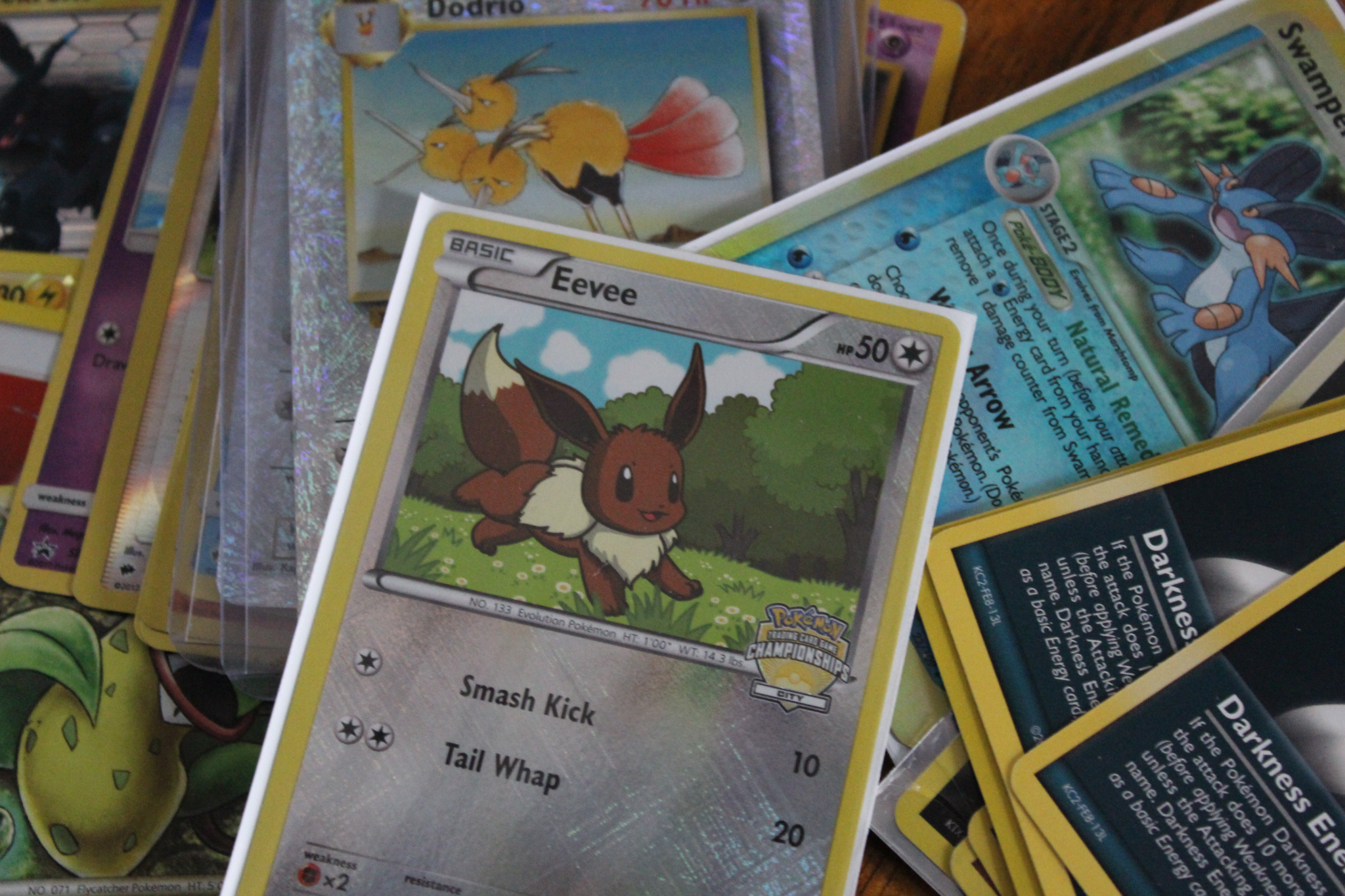 The first thing you’ll need to do is get some cards. If you still have some from your youth, you might want to price check them first – old cards from the late 90s up through the 2000s are potentially very expensive and could yield you some extra cash. For what we’re doing, all you need is basic Pokemon and some corresponding energy cards.

You can find these all over:

You’ll notice that Pokemon cards have…a lot going on. The first thing we did when teaching our kids is to ignore the majority of that, and focus instead on three boxes: 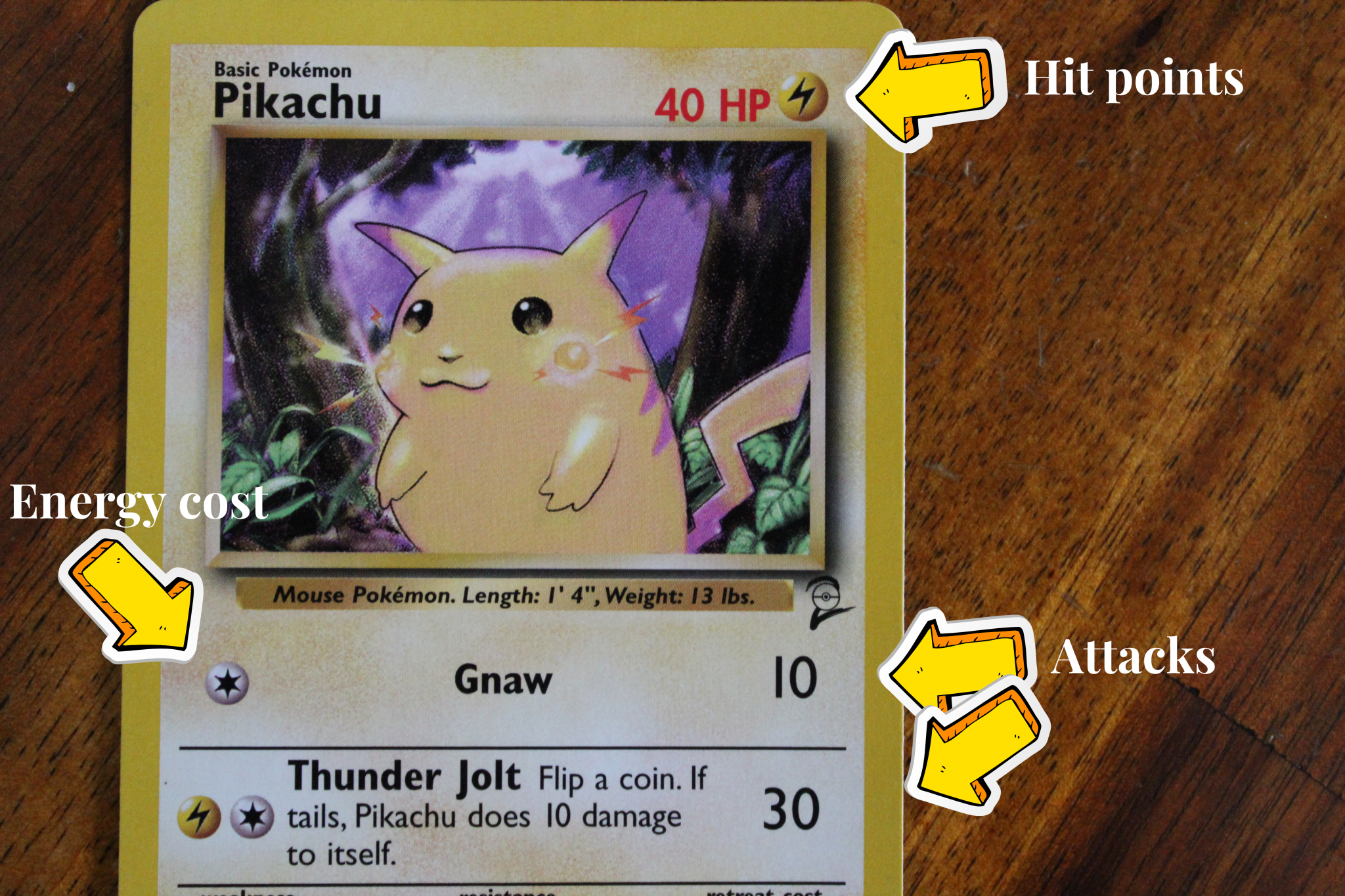 The hit points (HP), the Attacks, and the Energy cost of the attacks. These spots are where basic addition and subtraction happen, and the rest of the cards require higher-level thinking. The version of the game we play with our kids is dramatically lessened in terms of complexity.

First, build a deck for each player. We keep ours to 30 cards – 15 Pokemon and 15 energy. The kids pick out their favorites and then we put in the corresponding Energy cards (Pikachu is electric type, so we need electric Energies).

Start the game by setting 3 cards aside from the top of your deck. Those are prize cards and you get to pick one up each time you knock out the opponent’s Pokemon. When you’ve picked up all three, you win.

Pokemon Cards – How to Play


If you’re keeping it very simple, it’s basically a matter of letting your children pick their favorites and make a deck. There is a strategy that comes into play because you can only play 1 energy per turn, and sometimes you want to put it on your Pokemon on the bench. This is because when your front Pokemon gets knocked out, the one you bring up to replace it can immediately attack if you put energy on it already.

So what I laid out is a VERY oversimplified explanation of the game, but I want to dive into why it’s so great for teaching math. The game is about dealing damage and knocking out Pokemon, but it’s done in big, clean increments. The words are simple and the colors and characters are engaging – kids learn better when they care.

In fact, one of the best things you can buy for your kids if you want to do this is an Elite Trainer Box. It comes with 8 packs, pretty counters for damage, and enough cards to build a deck. The whole box itself is sturdy cardboard to hold your collection, too. You can use anything as counters, though – change, those little glass aquarium rocks, and so forth. We used M&Ms once, but our Pokemon kept inexplicably losing damage counters and the game took 2 hours.

This is a very simple overview of the game, but it’s enough to engage little minds and get them thinking about math. Then, as your kids get older, it can be something they want to keep playing. Card games are often laughed off by parents as money-sinks, but they really are valuable for teaching reading, math, and advanced concepts. The complex interactions teach strategy and innovation, and it’s a great way for kids to socialize.

Do you have any unique and fun ways you’ve been teaching your kids math or reading? I’d love to hear about them in the comments below! Or, perhaps a better question – who’s your favorite Pokemon? 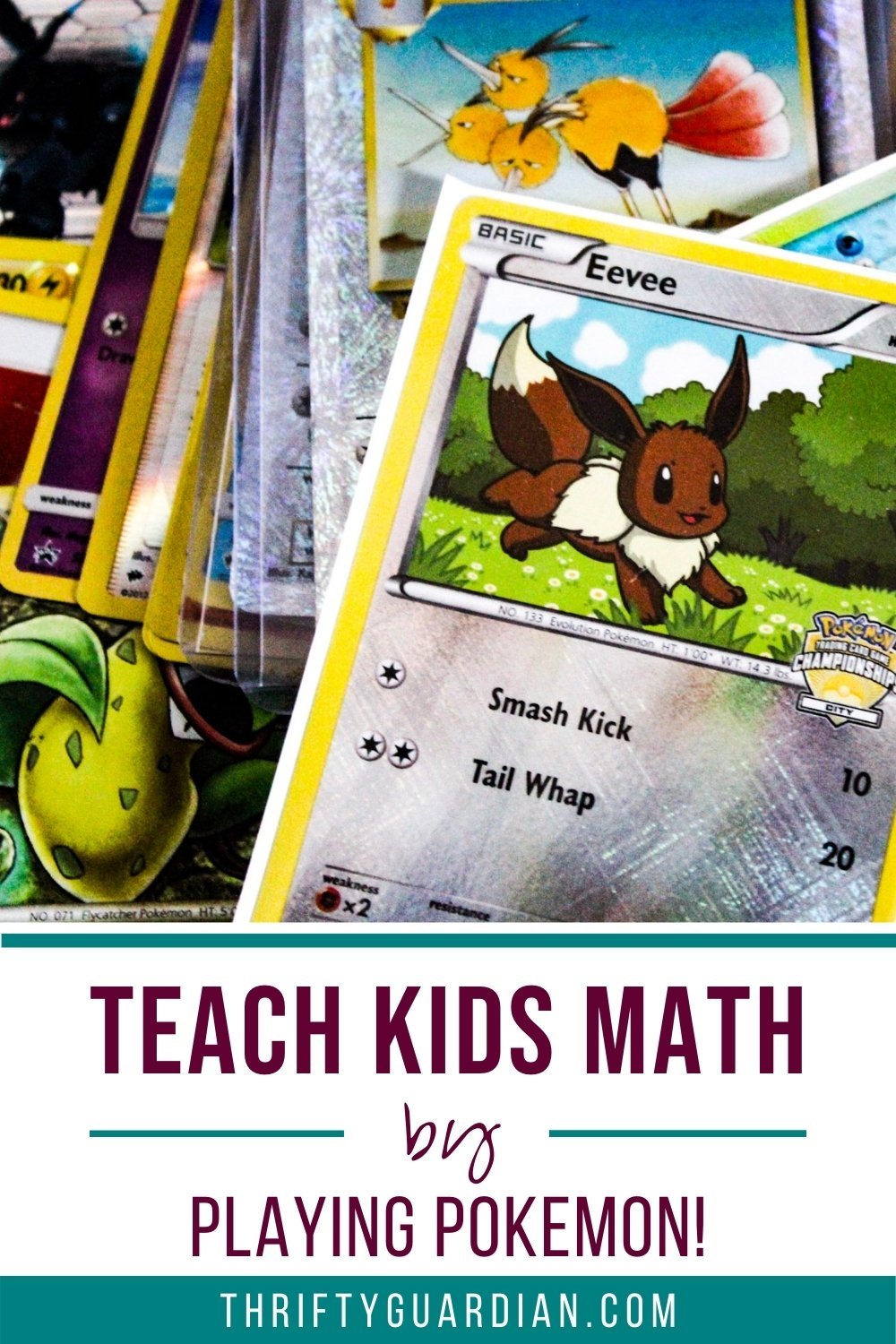