Teach Your Kids About Money: Why Early Frugality is Key 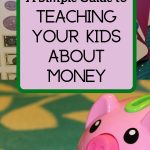 It’s never too early to teach your kids about money. You can do this in a number of ways and I’m of the opinion that it’s never too early to start. By teaching your children to be frugal, it’ll not only be easier for you to also maintain that lifestyle, but it sets them up for a happy life of financial freedom as they grow and teaches them the importance of earning what they have.

How to Teach Kids About Money

What is Currency (in a child’s world)

Children are natural hoarders – I have two and they tend to be incredibly touchy about stuff in general. For kids, currency tends to be candy, toys, or markers, but the lesson is still the same: even damaged goods may be worth keeping, to a certain point. My son can tell when a crayon or marker is done-done, but as long as it writes, it’s still good, even if it’s leaking and mangled. If it’s not writing great or drying out, his first cry is “mama, fix it!”. Or he’ll find a way to make things work, whether they’re supposed to or not…

As adults, this isn’t usually the case. With the simplicity of ordering things online, when modern Americans hit a certain level of difficulty or frustration, it’s seen as easier to toss and buy new than it is to fix or slightly lower our expectations of functionality. If a pen skips a line or two, we might scribble quickly to revive it, but often we just toss it and get a new one.

As a “millennial”, I grew up in the wake of the Boomers, who grew up in the wake of the Greatest Generation. Our grandparents had to scrape and save, and a combination of work-ethic and frugality made them wealthy by today’s standards. Our parents inherited the windfall economy but didn’t need the extreme dedication to hard work and frugality (that’s not to say they didn’t possess it, but they didn’t need it like our grandparents) and they reaped the harvest of our grandparent’s hard work. Now, after the Great Recession, the Millennials are faced with economic difficulty, not necessarily on-par with our grandparents, but on a level that far surpasses that our parents faced when coming-of-age.

Instead of griping about this, however, we should embrace our grandparent’s zeal for success, work-ethic, and frugality, and then further instill that into our children. Let’s break the cycle that we’ve so often seen for generation after generation.

The first is a matter of being mindful that we create our reality by our reaction to external forces, and if that seems like new-agey hokum, understand right now that it’s not. If something doesn’t live up to your preconceived notions, then it’s possible that your notions need changing and that ridiculous expectations are the cause of more hurt and disappointment than anything else.

With that said, let’s focus on helping our children come into life ready to face adversity head-on instead of being crushed when reality falls short of their expectations. Fortunately, this means reinforcing just a few things that kids are already pretty good at doing.

My kids love all their toys and they never want to part with them. My son will lose his mind when his sister starts playing with something he hasn’t touched in five months. A few months ago I tossed out a broken-ish toy and he saw it and gave me the third-degree as to why it was in the trash. He’s two and can articulate a series of accusatory questions better than most adult detectives, at least when it comes to “why is this in the trash”? He has recently discovered a love for “coins” – any change he finds on the ground or is given to him by cashiers when we’re out and about. Because of this, my husband bought him a little pink piggy bank and he now keeps his new coins in that. He also plays with the “baby piggy”, but he’s gained this interesting appreciate for hoarding his coins in a new way. He loves his baby piggy (and the coins within!)

Is he too young to understand the concept of saving? Well, on a semantic level, yes, as the meaning of coin is just an object to him and he doesn’t understand that they stand for purchasing power, but planting the idea of hoarding them as precious, or rather reinforcing it (children are natural dragons might have been a better section title) plants the subtle psychological seeds that will grow into a strong concept of growing wealth later on in life.

Young children are just learning cause and effect, but as they do, reinforcing these behaviors is a great way to increase their frequency. A treat for using the potty or learning their alphabet is a pretty common concept, but I’m a firm believer in the allowances-for-chores method of exchange.

Young children might not be doing “chores” per-se, but getting them to pick up before bed or “help” to put away clothes while you’re doing it is a lot easier when they get something tangible for it.

When a kid learns the value of money, the true value of it to them will be in correlation to how hard they had to work to get it. If they simply get money for existing, they’ll never know what it really costs. I know a lot of kids who grew up without a part-time job during high school or even college and that still blows my mind. I had my first job at 12 (newspaper delivery) and I very much believe that contributed to the amazing work ethic I have today. Teach Them The Price of Being Spoiled

I don’t think that any parents aims to spoil their child, but it does happen. When your child begs for something at the store and threatens a tantrum, a lot of us will cave and just grab it to avoid the insanity of the floor-screaming demon that possesses our kids.

Rather than just give in to them, kneel down and actually talk to them (ideally before they go into the “shiny-thing-must-have-ok-now-I-scream” scenario). Let them know that if they want whatever at the store, that you’ll need to take some of their coins. You can practice this concept with play money around the house, making a kind of game out of “buying” things like tv time or small treats. Understanding their resources are finite and there might be something better to “spend” on later is a huge step towards understanding the importance of frugality and careful spending.

Help Them Help Others

I’m a huge advocate when it comes to volunteering with children, especially since they have a natural tendency to want to help, particularly if they’re encouraged. By showing them that helping others is a great thing, you take their focus off their own short-sighted wants and needs. By planting the seeds of civic-mindedness and helping others now, you’re creating character, and an experience-based enjoyment of life, rather than one based on things and spending. 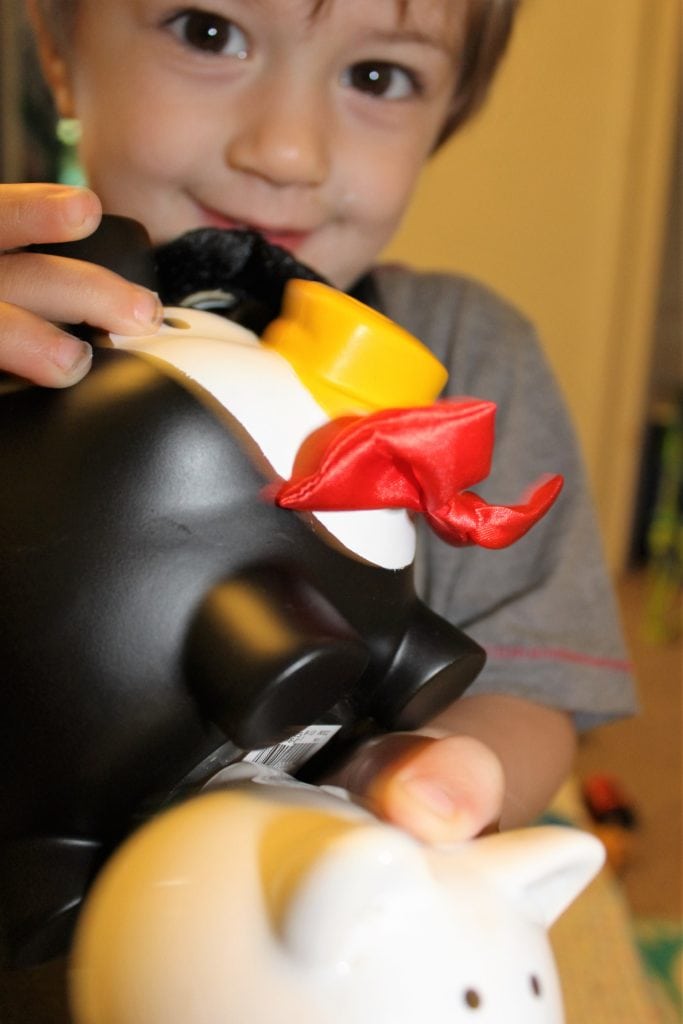 When your children see you arguing about or stressing over finances, this creates a negative impression of money and what it means in their heads. Debt is vile, but the echoes of stress and the worry it creates are far worse. When your children see you getting excited about the new 50” flatscreen you bought, or they’re constantly rebuffed for getting too near your expensive new car, their little brains are thinking that things have more meaning and importance than they do, or worse yet, that your stuff is more important than they are.

Your children won’t remember the big TV or the brand name shoes, they’ll remember experiences. And given the choice between you working 50+ hours/week to put them in designer clothes vs spending extra time with you? They’ll choose the time each and EVERY time.

Keep that in mind as you and your family traverse the road towards financial freedom.

Always remember your children are impressionable, especially when they’re very young. Be mindful of the examples you set, and the values you’re instilling, and remember that they’re always watching and listening…like a tiny, tiny Santa Claus.

Have you started teaching your children about money yet? 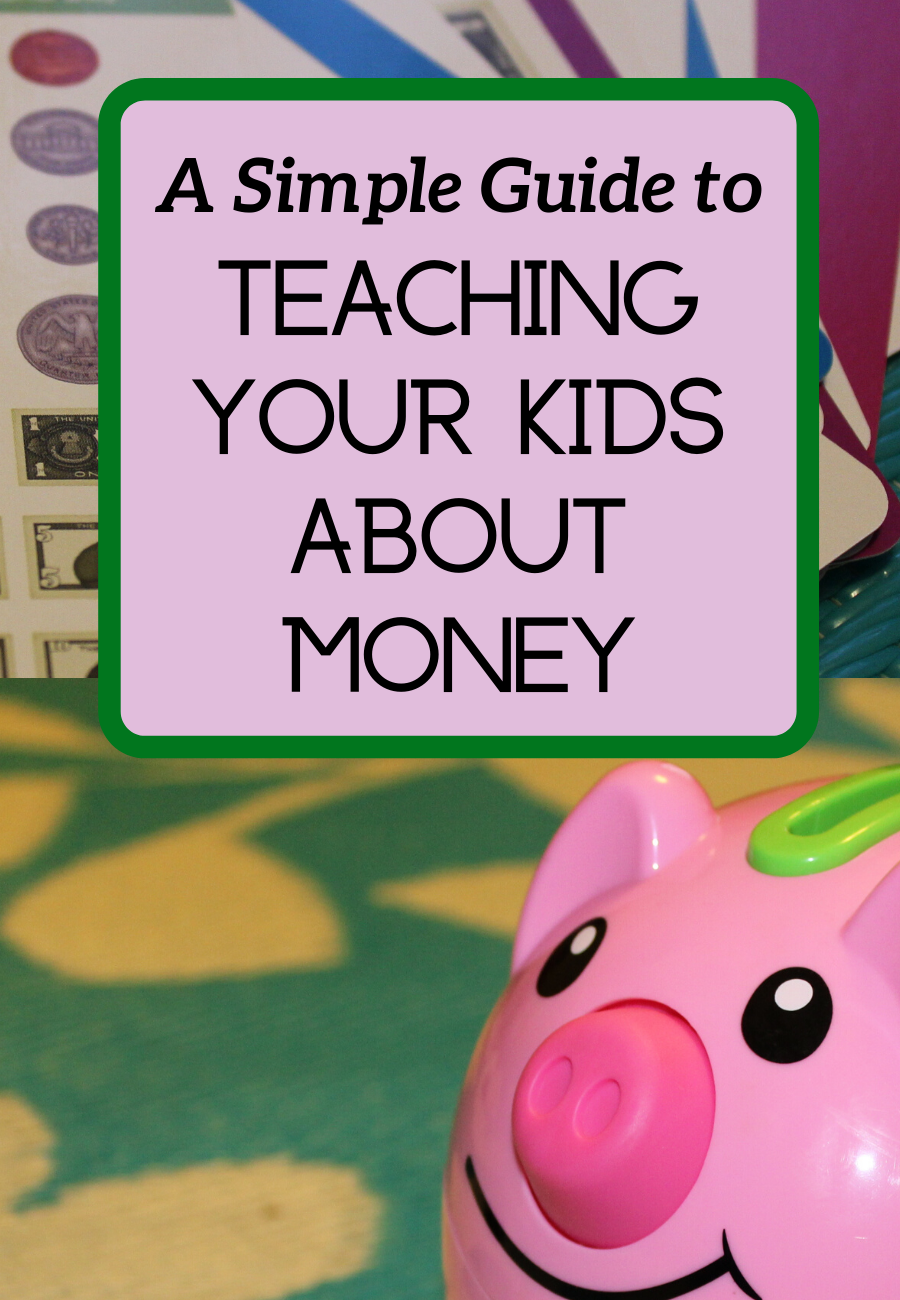