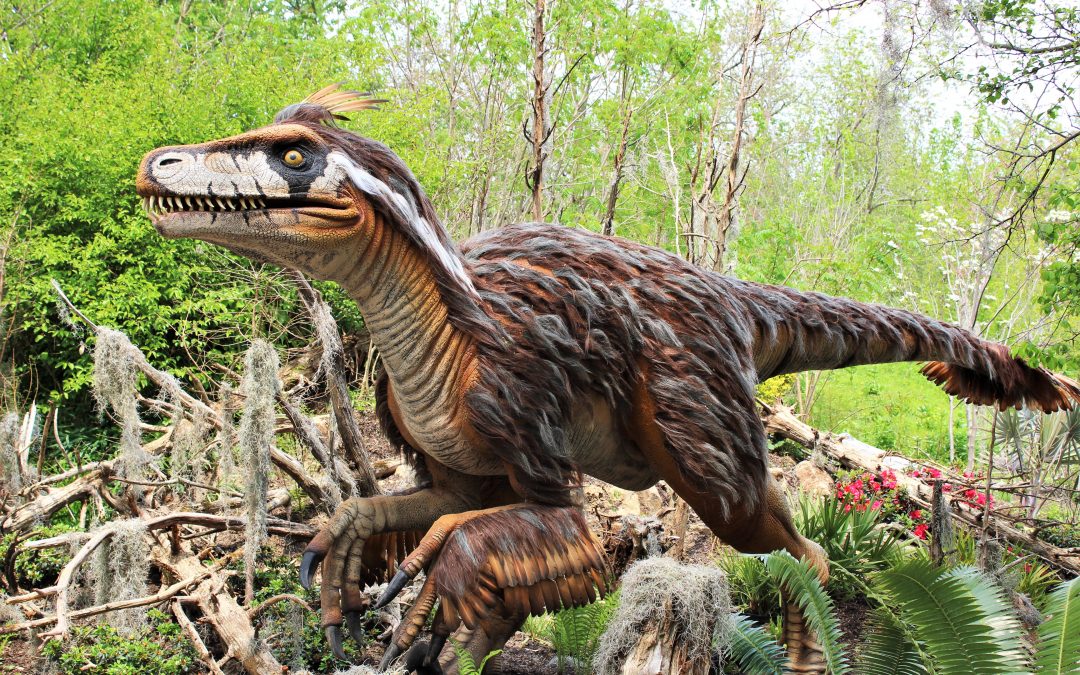 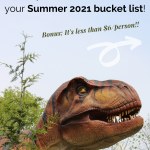 The Saint Louis Zoo has brought us something that has made my 7 year old’s dreams come true – dinosaurs!! Now don’t tell my kid this, but we had actually planned our trip to the St. Louis zoo before we even realized it would happen right after the exhibit opened. Despite living only 90 minutes from St. Louis, my kids had never been. Now I’m not sure how we’ll ever top a trip that included dinosaurs!

Emerson Dinoroarus, the dinosaur exhibit in question, is a temporary exhibit at the St. Louis Zoo. It opened on April 17th 2021 and will run though Halloween 2021. It’s truly an engaging attraction that’s fun for all ages – just ask my 37 year old husband! 😉

How many dinosaurs are in the exhibit?

There are 16 dinosaurs stationed throughout this outdoor walking exhibit. I probably should have taken more notes and less pictures, but luckily my kids have photographic memories when it comes to dinosaurs! Of all the dinosaurs we saw, the Quetzalcoatlus was personally my favorite. And yes I had to Google how to spell that correctly. 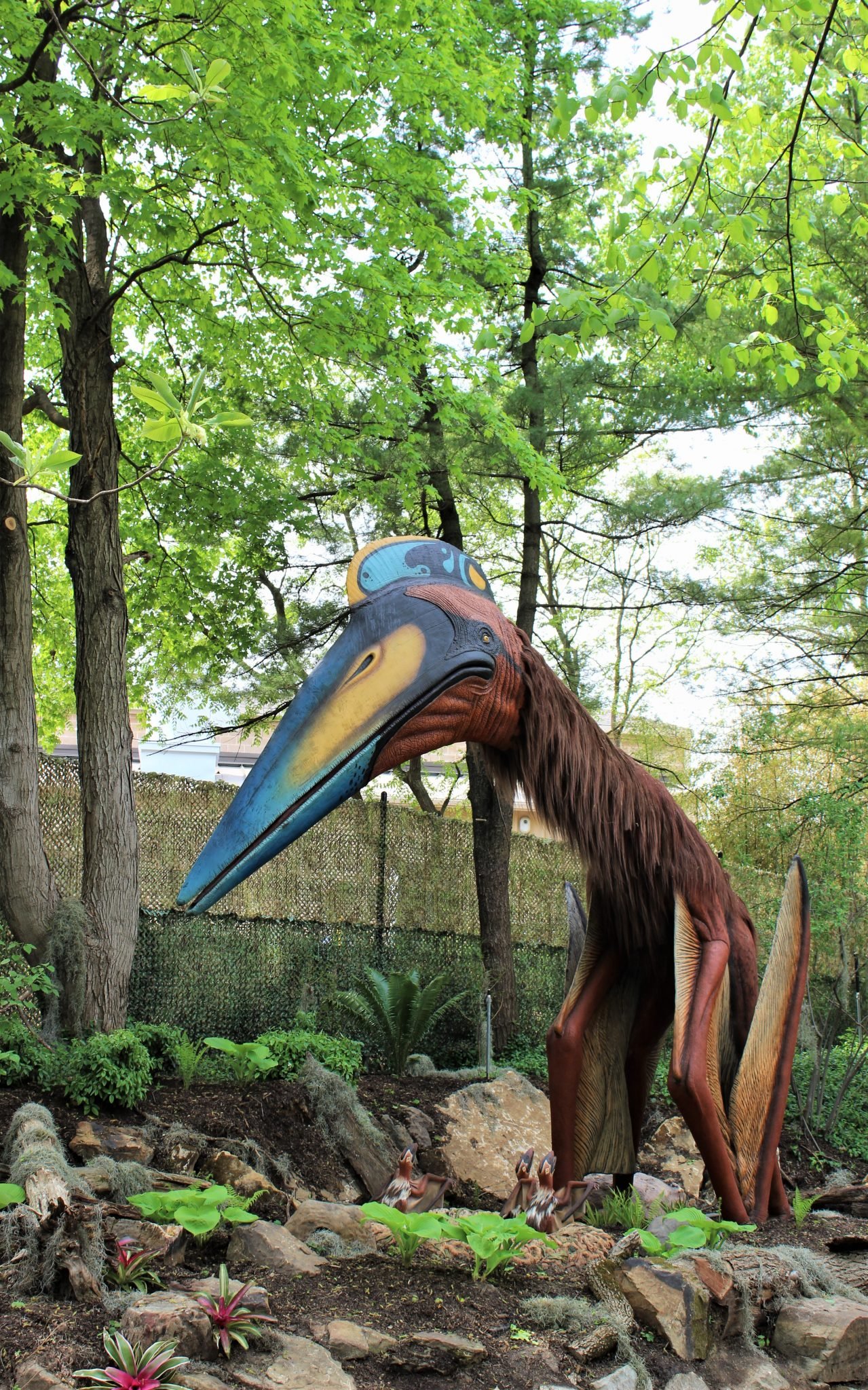 While the zoo itself is free, the Emerson Dinoroarus does cost to get into it (unless you have a zoo membership). That said, it comes in at a very reasonable rate of $5.95 per person for ages 2 and up; free for kids under the age of 2. It is one visit per ticket, but you’re free to wander at your own pace. It was very well spaced out over a 3.5 acre area and again very much worth the cost.

You can also pick up an Adventure Pass, which is $14.95 per person. This will not only include admission to the dino exhibit, but also to other fun attractions like the zooline railroad, sea lion show, and the 4D theater!

Do you need a reservation?

At the time of writing this, we are still in a worldwide health crisis. Fortunately the St. Louis zoo cares deeply about the health and safety of their guests. The dinosaur exhibit itself does not require a reservation, but visiting the zoo does. You can book your visit up to a week in advance. We went on a Tuesday afternoon and there was zero wait to purchase the exhibit tickets or enter the attraction itself.

Do the dinosaurs move?

They do! Some of the dinosaurs were stationary, but most moved (and watch out – a couple even SPIT!) Honestly I would say these surpassed many of those we’ve seen at Jurassic Quest!

And I can’t say for sure, but I do think there might be a live person controlling the dinos as people pass by. Call me crazy, but I swear the T-Rex and Triceratops both posed for pictures: 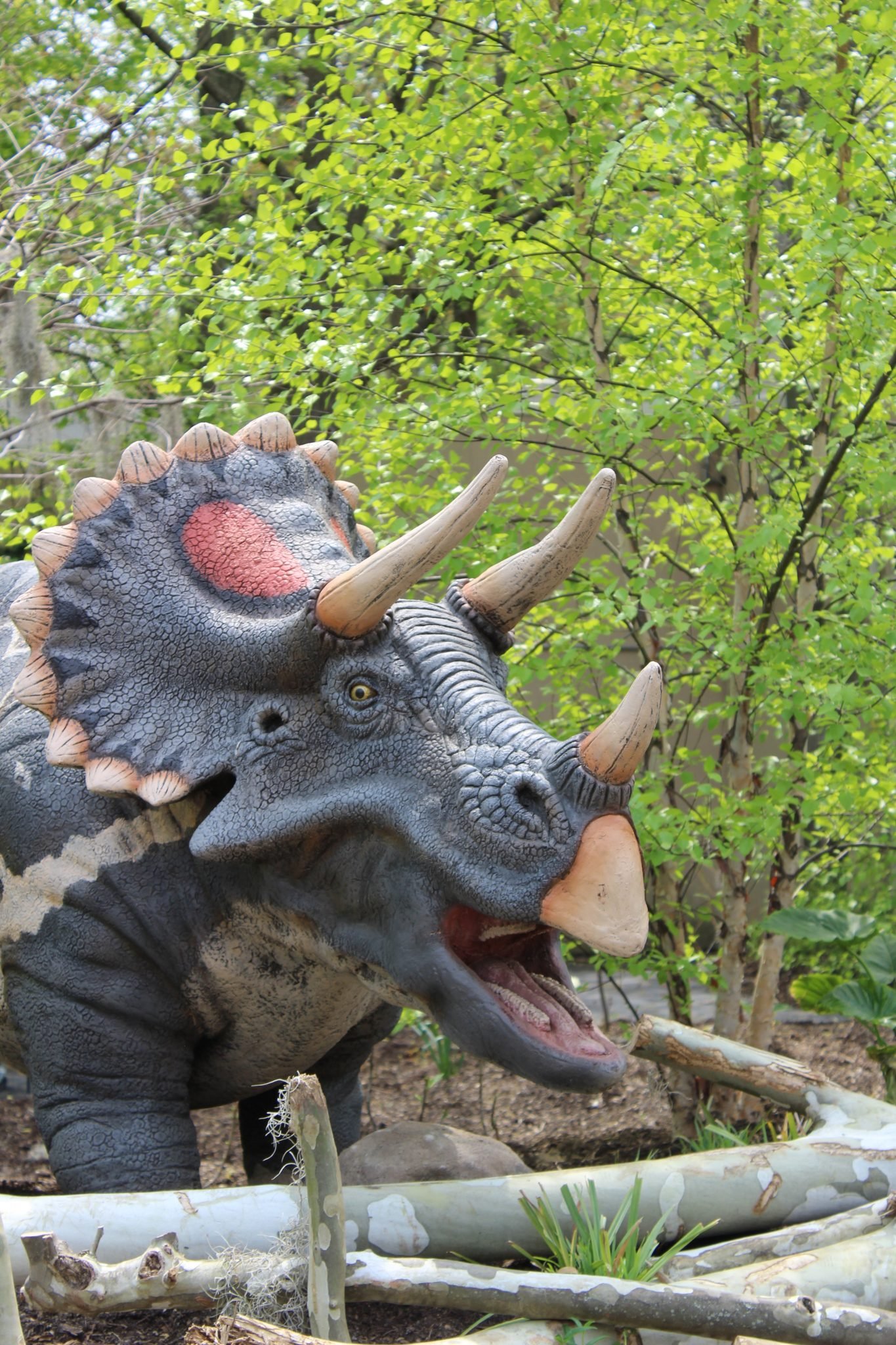 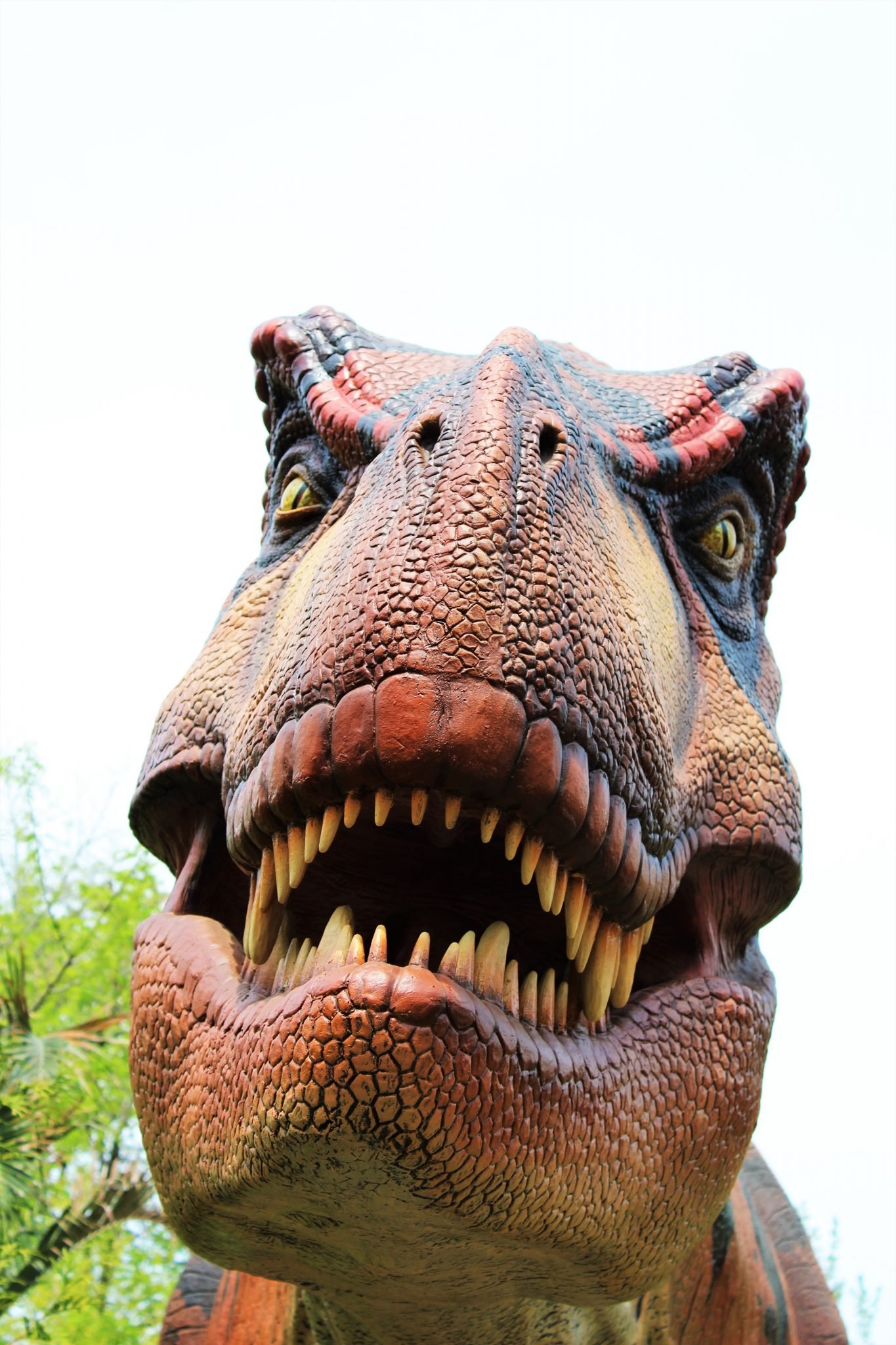 My kids were absolutely enthralled by each and every dino. From those that roared to those that reached way up to the sky, every piece of the exhibit was fascinating

So along those lines, I want to say as a mother, I truly appreciated the educational components that went into making this exhibit all the better. My 7 year old is a dinosaur expert (seriously) so it was nice to have the opportunity to talk about something he’s always been oh-so passionate about. He loved sharing what he already knew about each of the dinosaurs! It also opened the door to deeper conversations, like what “extinction” means and what we can do to help our planet thrive today. 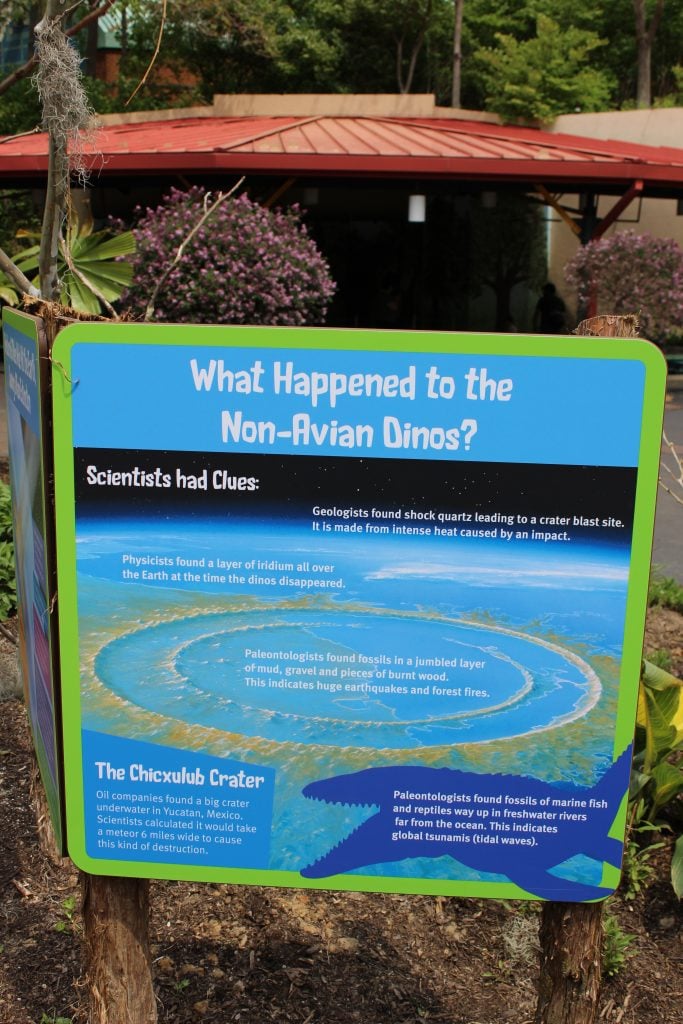 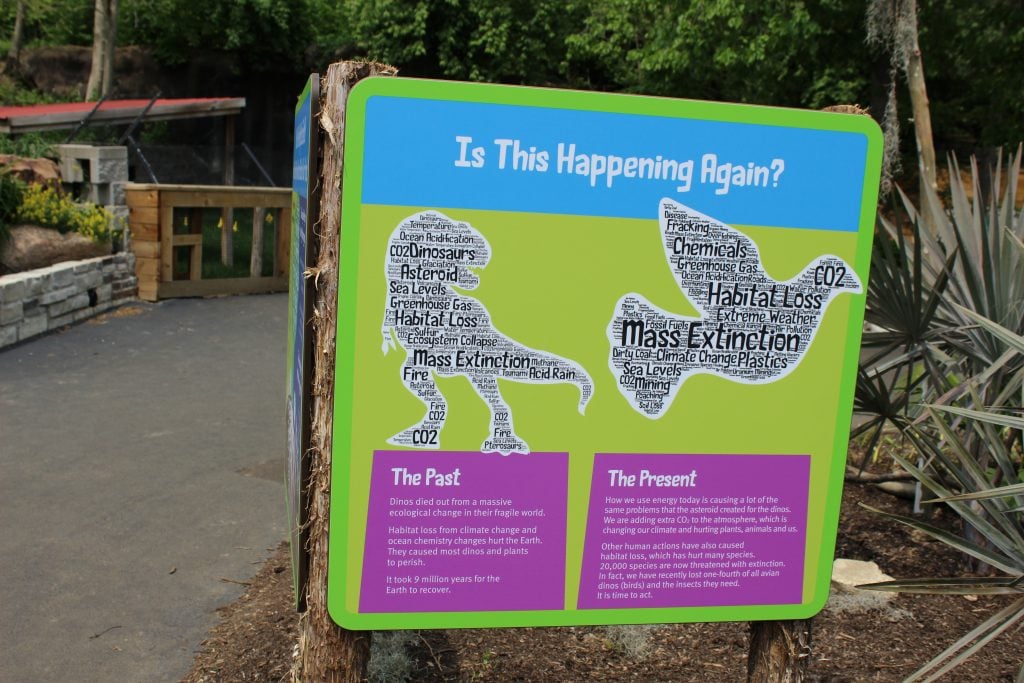 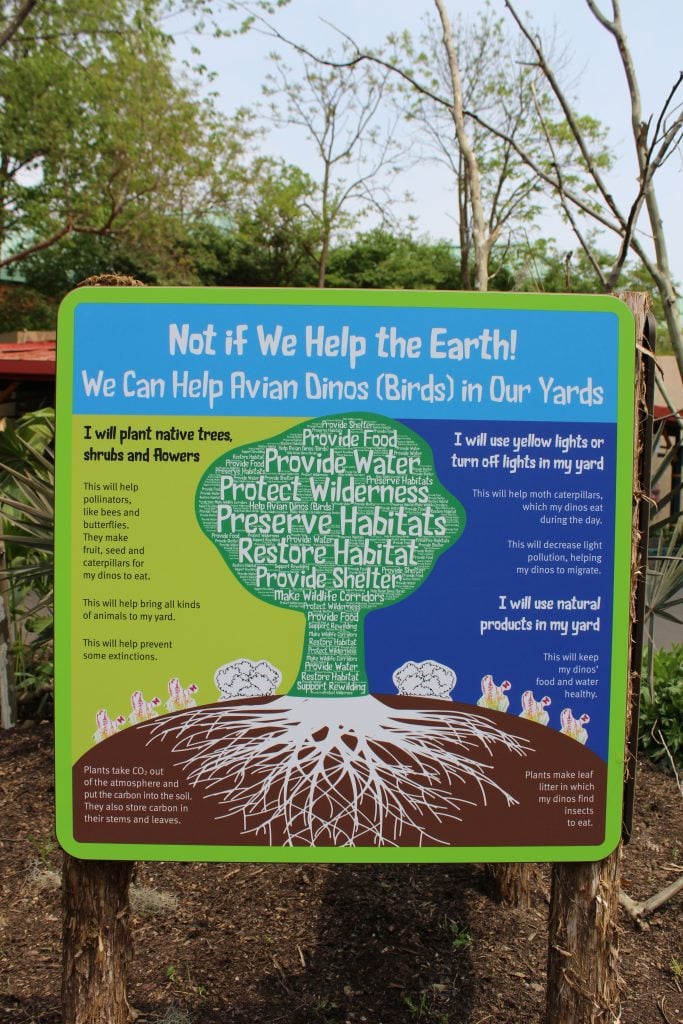 I also appreciated that the St.Louis zoo incorporated live animals into the exhibit. My husband loves otters just as much (if not more) than my 7 year old loves dinos so he was OVER-THE-MOON to see North American river otters swimming about. Again, this was a great opportunity to plug in some fun educational time with my kids. We discussed evolution and why otters would be included in an exhibit about dinosaurs. Later this summer the zoo is also expecting to bring domesticated guinea fowl into the exhibit. These modern-day dinosaurs will freely roam the area, adding yet another fun element to an already incredible experience! 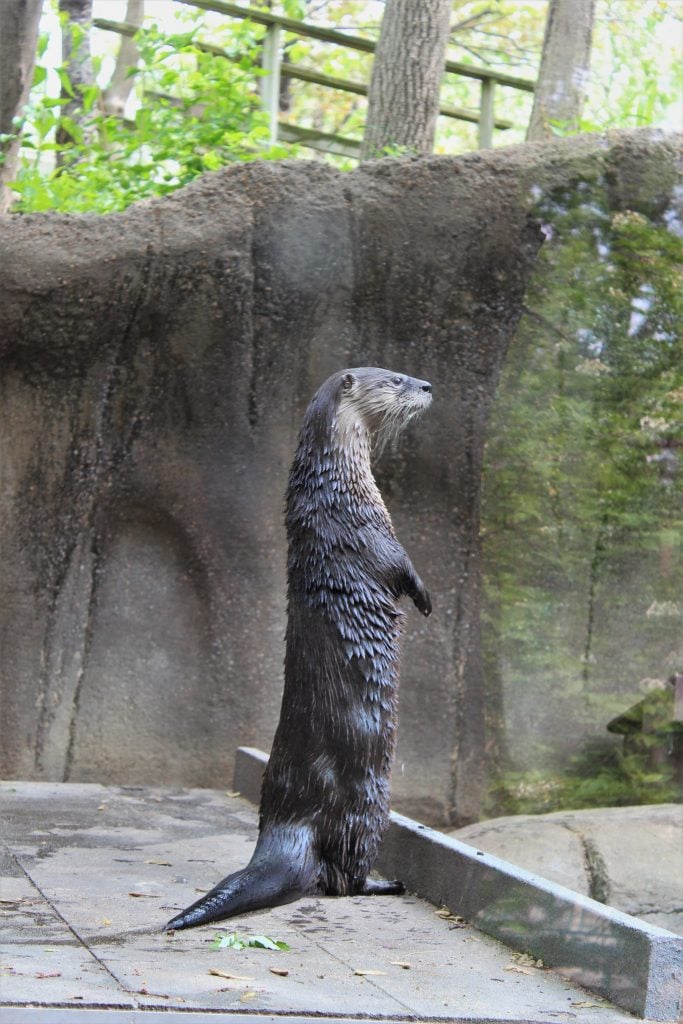 Oooh the gift shop! If you’re like me and promised your little (dinosaur-obsessed) one a souvenir, you may want to make the Emerson Dinoroarus exhibit toward the end of your day. I did like that the gift shop was off to the side, so you’re not forced to take your kids through it if picking up a gift isn’t on your radar. As you might expect, the items are priced just as they are elsewhere in the zoo – a bit higher than you might find at say Target, but for a good cause (and with great memories attached!) I picked up a couple absolutely adorable t-shirts for my kids, and the variety there was fantastic. They even had dinosaur-themed jewelry! 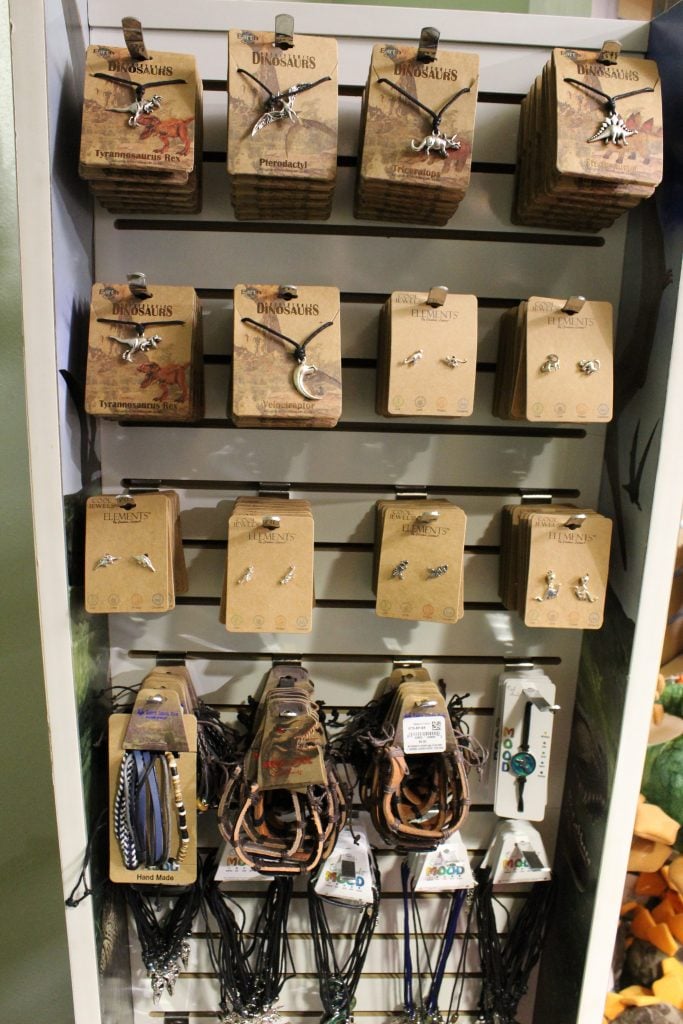 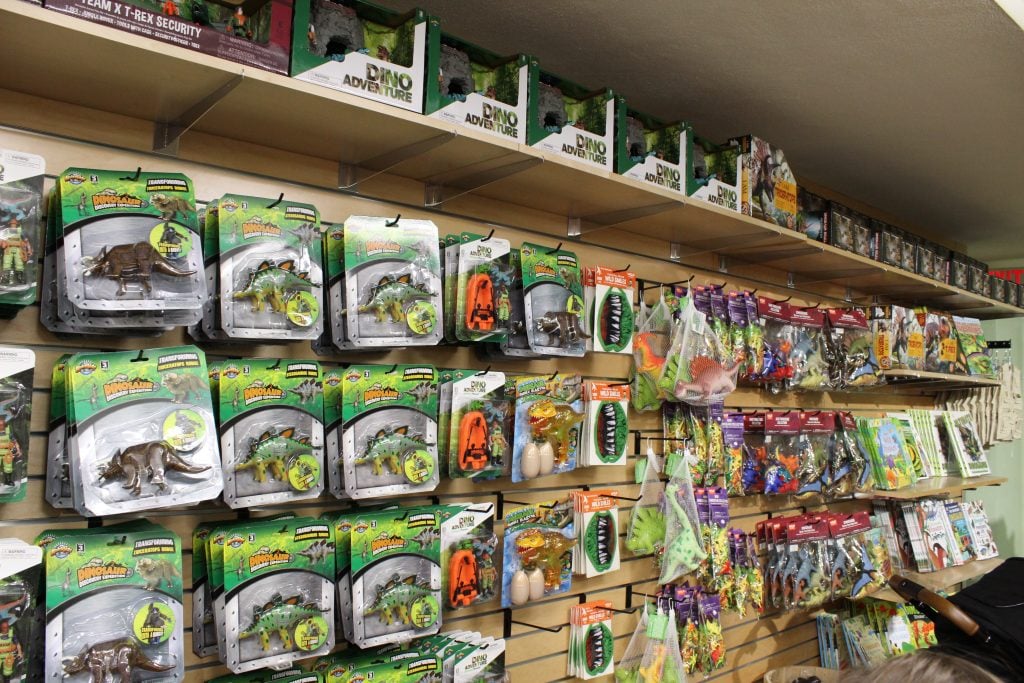 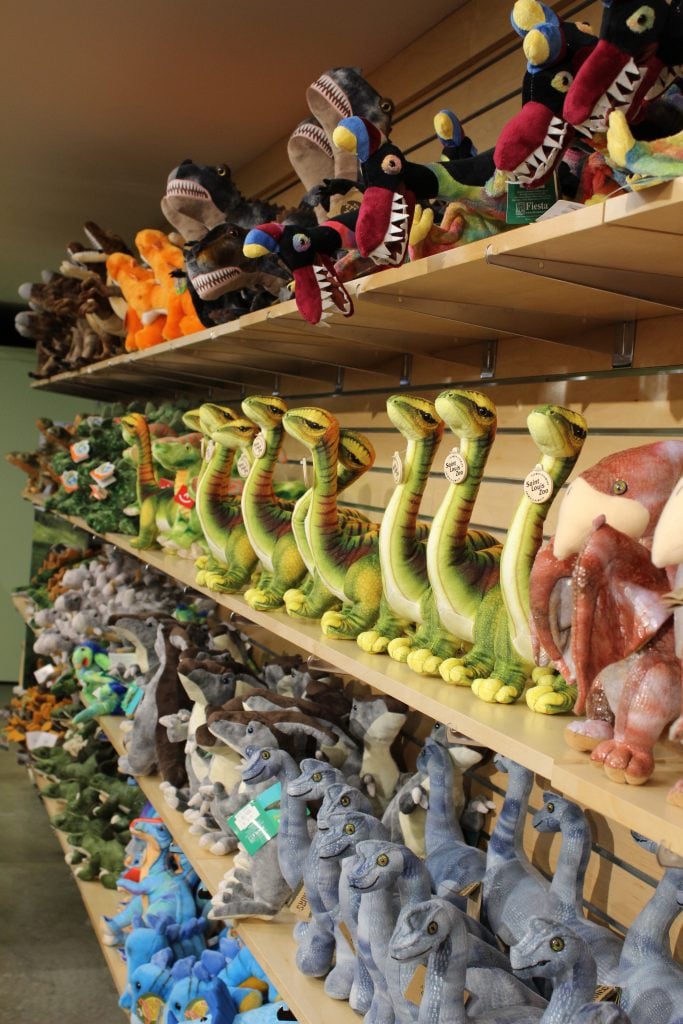 I truly cannot recommend the St. Louis dinosaur exhibit enough! It was an absolute joy to walk through and added a cherry to the top of an already perfect day at the St. Louis zoo. Oh! And I do want to make note that I was in no way compensated to write this review. I simply did it because it really was that incredible of an experience and one that I very much encourage you check out before it’s gone. 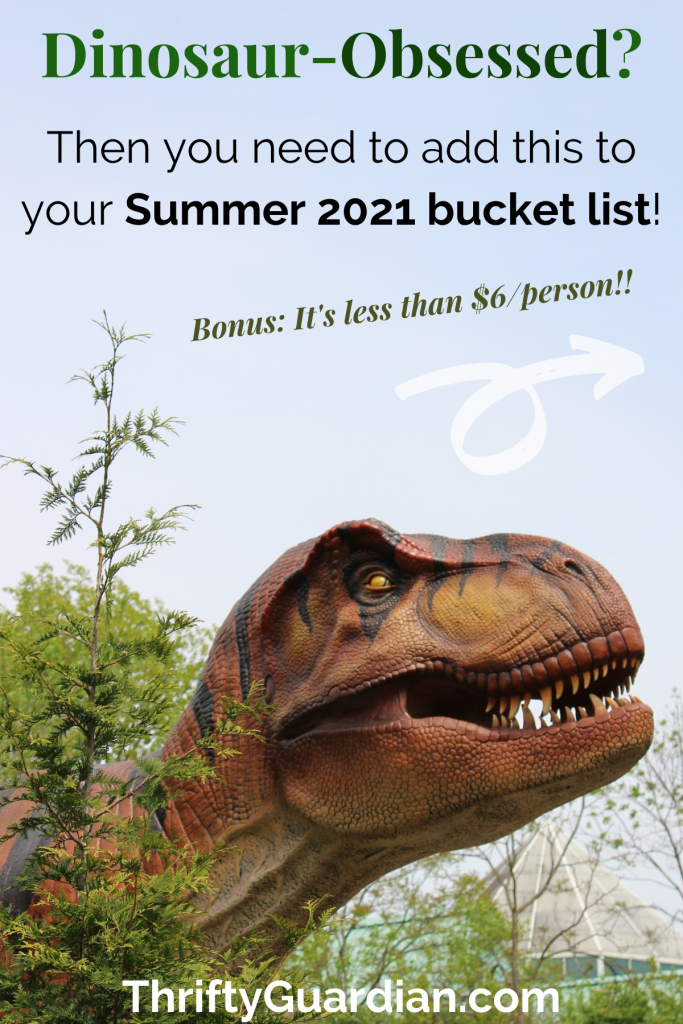