What Happened to Ebates? 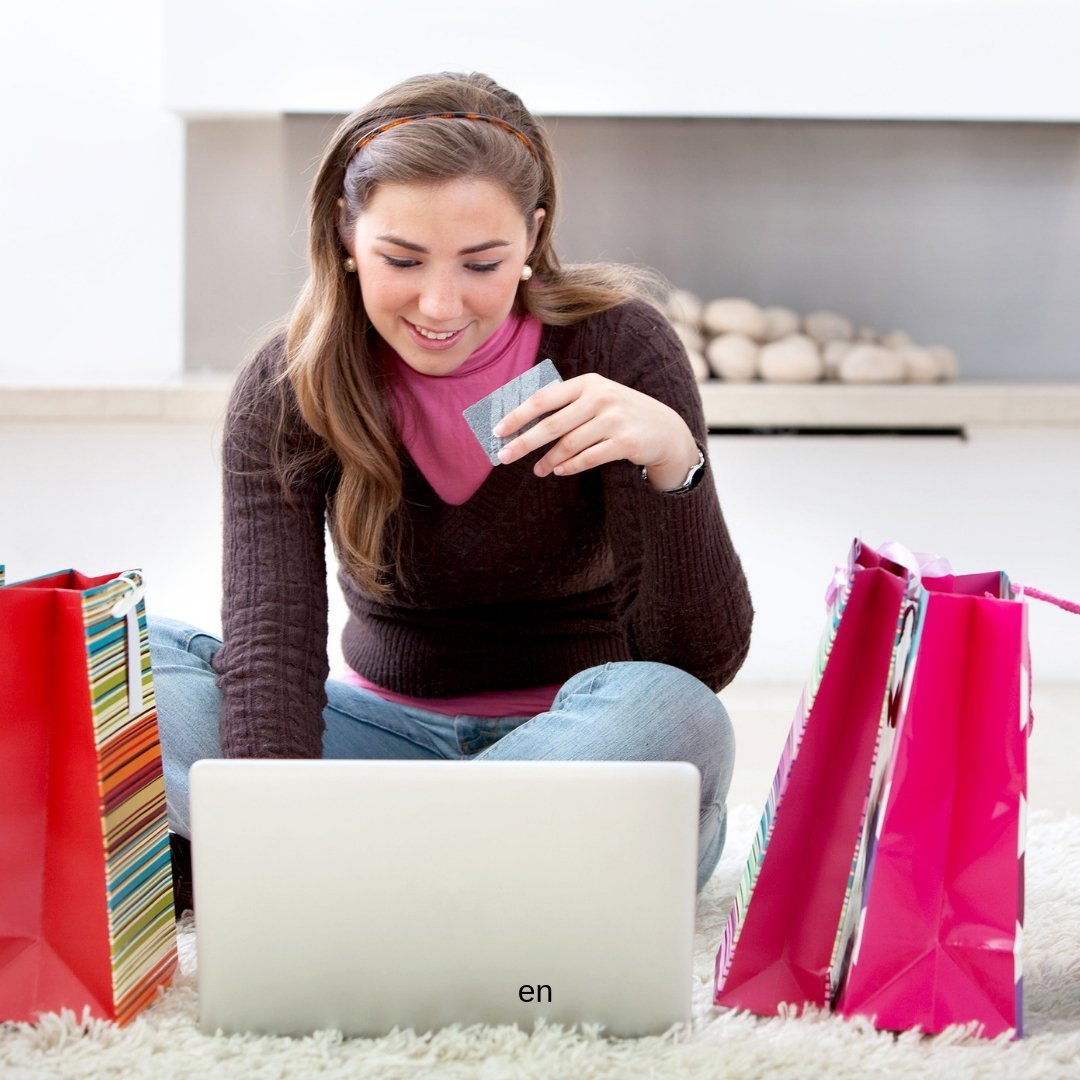 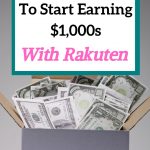 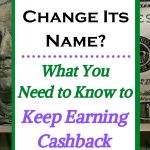 If you have an Ebates account, you may have noticed something new in the banner area –

Why Did Ebates Change its Name?

According to the Ebates/Rakuten website, “taking the Rakuten name most accurately reflects who we are today: a company that gives you all the Cash Back you’re used to, with even more opportunities to save.”

Disclosure: This post contain a referral link, which means I’ll be receive a monetary bonus should you choose to sign up. This in no way impacts my opinion or recommendations of these services.

Rakuten is a Japanese marketing company that acquired Ebates in 2014, but it wasn’t until the 2019 Superbowl that they began to really publicize the merge.

I’ve actually been a part of Rakuten for nearly as long, as it’s one of the ways I make money with affiliate marketing.

Rakuten itself was originally Buy.com (founded in 1997) but they were then bought out by the Japanese company in 2010 as an attempt to enter the American market. They actually became a very close competitor with Amazon before the buy out!

Not only that, but if you were someone who made money selling on Ebay around 2008, you may very well remember Buy.com. They formed a partnership with Ebay and quickly became their top seller, but were not charged listing fees – something that angered a lot of independent sellers.

Maybe this is my nerdy side coming out, but I find the growth of this company to be fascinating (all the more with their Ebates merge, too!)

How do You Pronounce Rakuten?

Rakuten is truly such a great way to make money!

If you’re new to Ebates (or Rakuten), it’s a site that allows you to earn cash back if you click through their links before shopping. Even better, they’ve recently added an “in-store” option!

The best part is that you don’t have to do anything special, you just click through and shop like you normally would.

First, create an account HERE! By signing up through this link, you’ll earn an automatic $10 after your first $25+ shopping trip – not bad for 30 seconds of work, yeah?

How Does Rakuten Work?

Rakuten incentivizes shoppers to go through their platform by offering a certain percentage back on their purchase. While this may seem nonsensical on the surface, it’s actually a win-win for everyone.

A customer may not be set on buying anything today, until they see that the shop is offering 8% back through Rakuten today only – a win for the shop as the buyer is now all the more eager to buy.

Then not only does the buyer earn that 8% back, but Rakuten will get a small commission from the shop as well.

If you’re planning to do a lot of shopping, this is my top tip (it’s the best way to save during the holiday season!)

If you know ahead of time that you’ll be shopping at a certain retailer, be on the lookout for discounted gift cards through sites like Raise – if you know you spend money on a regular basis somewhere (like a certain gas station!), why not buy gift cards for yourself and save even more? 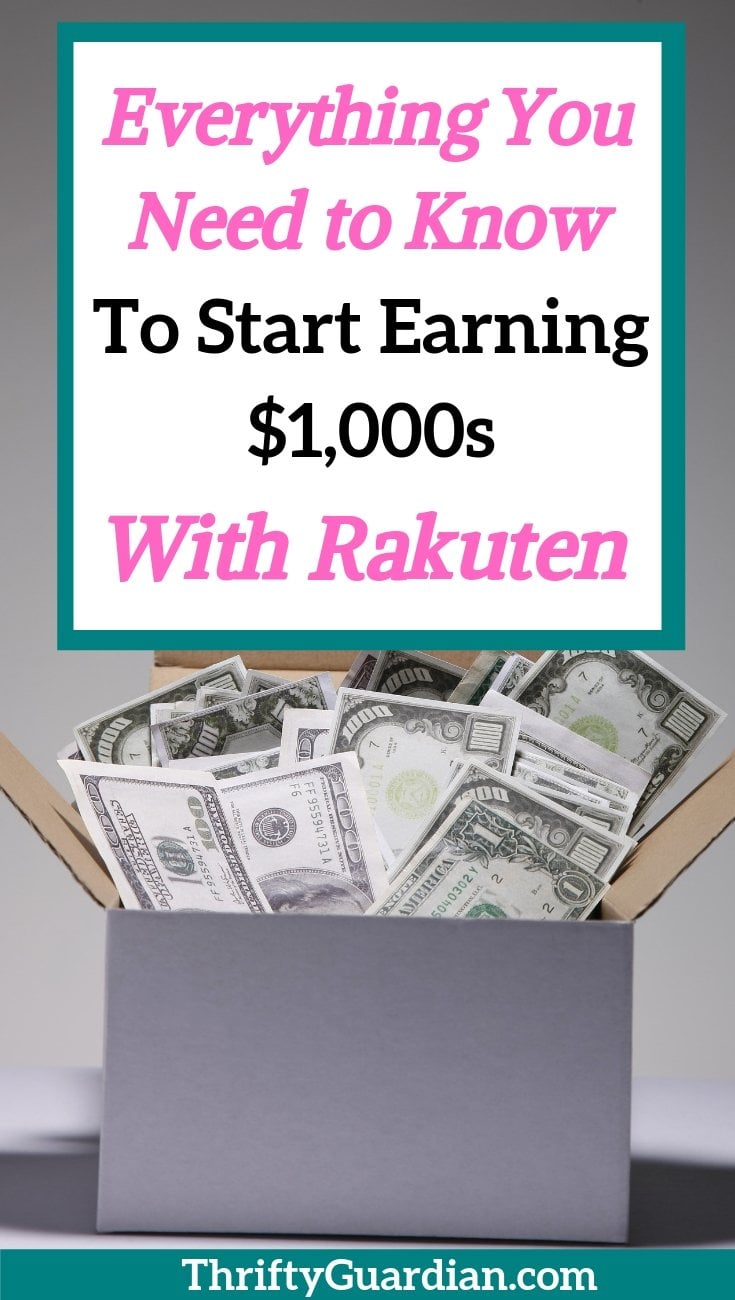 First, make sure you’ve got the Rakuten extension downloaded for your browser!

Just check out the bottom of the Rakuten homepage to download. This way you don’t even have to worry about going through the site first when you’re browsing your favorite shopping site – seriously, could it get any easier to make money with this?

Also, if you can behave when using credit cards, another “must do” with Rakuten is to have the Rakuten Cash Back Credit Card.

Just check out the footer on their homepage for more information, but basically it allows you to earn even MORE cash back (typically an additional 3%). So in my above gift card example, if I used my Rakuten card, I could’ve only spent $36.07 on a $53 purchase. LOVE IT! 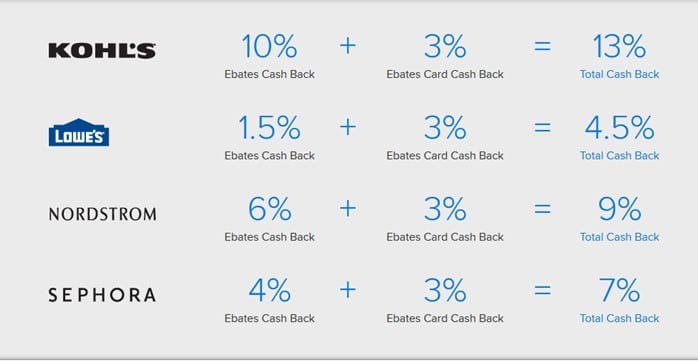 Something else you can do to make even more money back is to choose to “pick up in-store” while still shopping online. This is especially great if you’re prone to impulse purchases at your favorite store or if you want to save time when running errands. Not only will you earn that cash back you wouldn’t otherwise, but you can run in, pick up your stuff, and get on your way!

Another great thing about Rakuten is that you can combine the cash back you’re earning with any coupons available. They even have coupon codes right there for you – no need to hunt down a mailer you got or sift through e-mails. It’s especially easy if you’re using the mobile app or the browser extension.

How to Refer Friends to Rakuten

Finally, you can of course refer your friends to Rakuten. By just referring THREE friends, you can earn $75! How awesome is that?

Just in case you’re still not totally sold on Rakuten, check out just how much money I would have otherwise lost out on last quarter were it not for shopping with this cash back app: 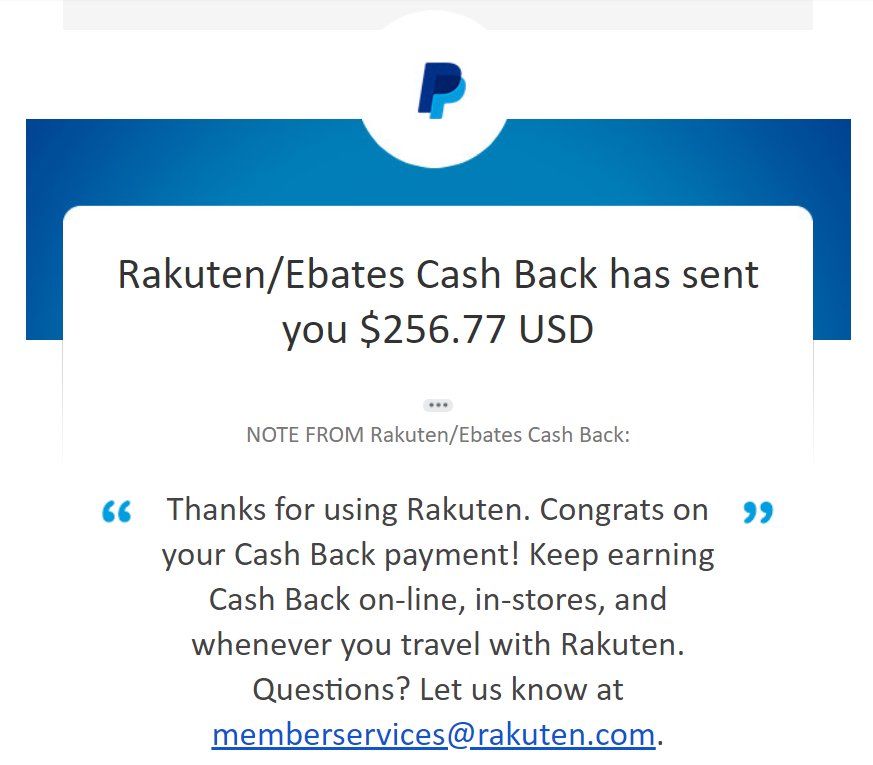 Despite the new name, Rakuten is Ebates and there’s no catch here – so sign up today!