Mind the Mom Gap: Overcoming Loneliness as a Mother 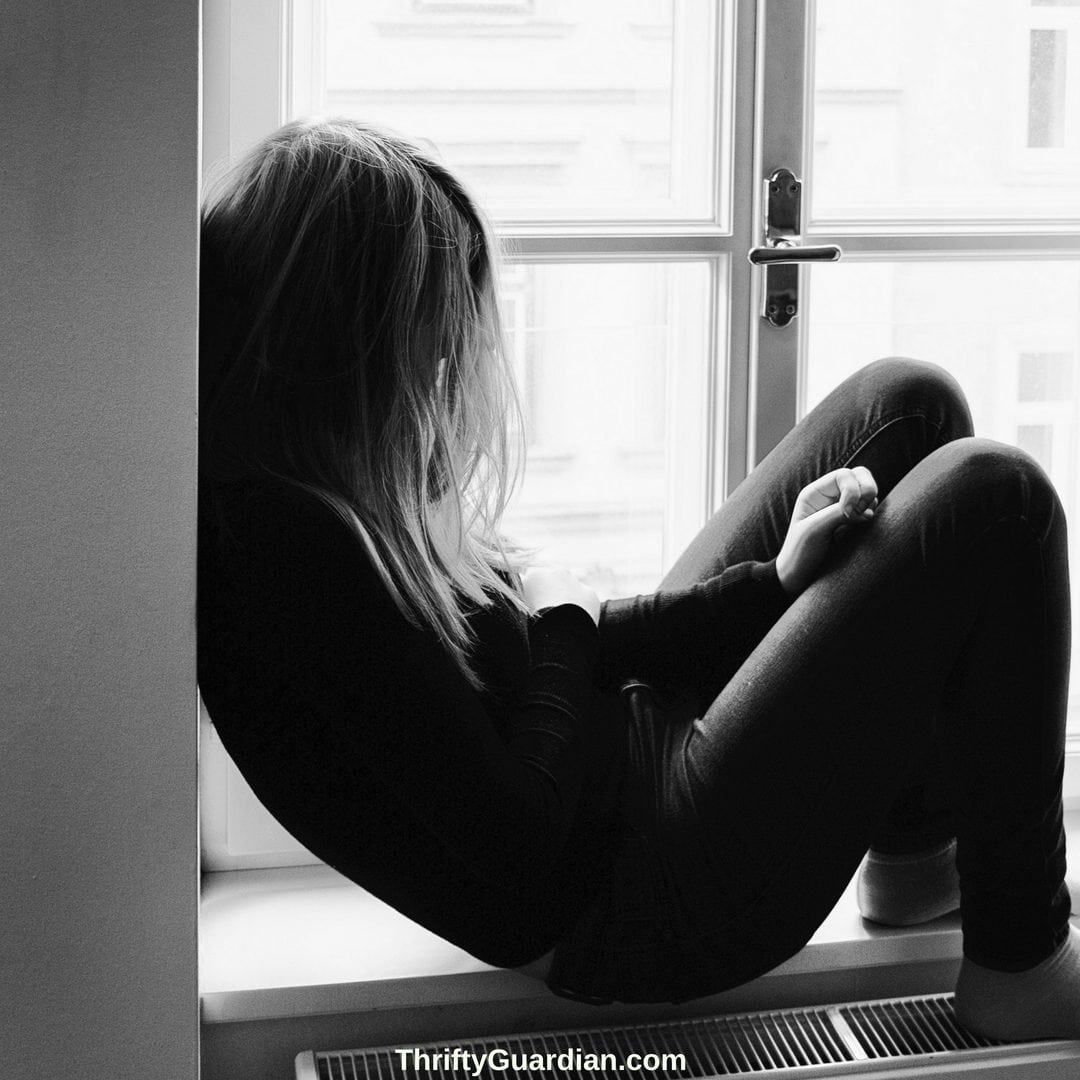 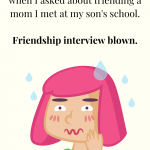 Loneliness as a mom isn’t a new concept, but when you are alone, it’s easy to get caught up in the idea that you’re the only one.

A few years ago, when our son was only 6 months old, my husband and I made the choice to have a second child. Why get used to sleep again, right? And while I’d never ever change the choices made, I also never realized I’d be trapped…in the mom gap.

It all started the other night as I scrolled across a Facebook post about a sorority sister being in town for our college’s homecoming, she and another sister had gone out to one of our favorite local breweries.

First, I was jealous.

Then a little bit angry.

And most definitely hurt.

Now I’m not so conceited to feel they should have automatically invited me along, but they’d both just been in my wedding a month prior and neither could make it to my 30th birthday a couple weeks ago, so I was a bit hurt. Maybe I was just being dramatic, though, so I messaged a mutual friend to ask her as much.

And that’s when she introduced me to the term “mom gap.”

Apparently “mom gap” is used to explain why childless friends might not think to invite their mom friends along on weekend shenanigans – it’s nothing malicious, but rather they simply don’t think about it, because you have kids and therefore you’re almost certainly busy. 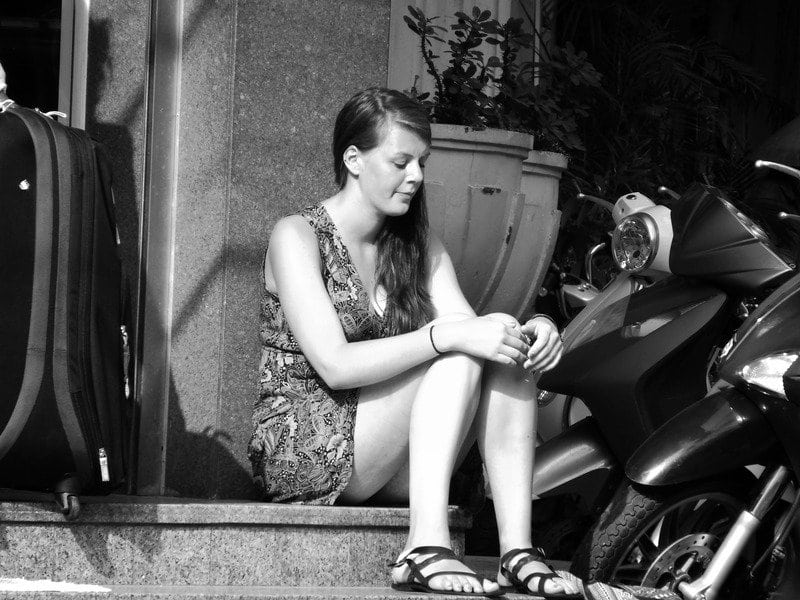 “Oh they’re not being mean, they literally just don’t think about you.”

Given that I was either pregnant or breastfeeding for four years straight, I get that I’m not anyone’s first choice when it comes to thinking of someone to grab a drink with; I knew that becoming a mom meant saying goodbye to the girl I once was and to the boobs I once had but I guess I didn’t quite realize it also meant saying goodbye to the friendships I was used to.

When I woke up the next morning, again seeing posts on the fun my friends were having this weekend, I realized that the anger and jealousy were really only there because they were easier to face than what I was really feeling — lonely.

When I quit my job last April to run my own online business, I knew there would be obstacles to overcome (aren’t there always?) but I never thought that loneliness would the worst of ’em.

I truly believe that being a stay-at-home/work-at-home mom is one of the loneliest jobs in the world.

It does get easier as they get old – at least I hope so – but treading water in the mean time can be exhausting.

I started asking around my favorite Facebook groups morning and almost every work-at-home/stay-at-home parent I spoke to said they get less than 5 (and often 0) hours of adult interaction each week. Heh at least we’re not alone in our loneliness, right?

If you’re on my e-mail list, you may have read my e-mail last month about how I’ve started working to overcome the emotional struggles that have (mostly) stemmed from being a work-at-home mom.

Within that e-mail, I wrote about how I literally didn’t leave my house for 30 days straight, save for going a few steps down the street twice a week to pick up my babies from daycare. And oh my gosh, the number of e-mails I got back saying “Been there!” “This is me!” or “It’s been TWO months for me…” It was just so eye-opening, comforting, and heartbreaking all at once.

I found comfort in knowing I wasn’t alone, but sadness in that there are so (SO!) many other women (and men) out there struggling with the “mom gap” and similar issues of loneliness. I had literally dozens of people asking me how I’ve started to better my own situation and while I’ve personally responded to all of them, I did promise to go deeper into what I’ve done to make a change.

The first step is of course ACCEPTANCE —

Accept that you NEED a tribe. Believe me, I get it, we want to show the world we can do it all on our own and we’re super women and yada yada. I’m a stubborn control freak, so I know how hard it is to say “I need help” but we do. And that’s not a bad thing.

Also accept that times have changed and we have to work harder to form said tribes. With the “miracle of technology” that is social media, we feel connected to our friends at all times, even when we’re not. So going back to the “mom gap” thing, it may not be that your friends are ignoring you, but rather they just don’t realize how disconnected from you they actually are. This leaves you with two choices – make that first step to reconnect or accept that you’re in different life stages and it’s time to work on building new connections with new friends.

When was the last time you gave yourself space to just enjoy the company that is you? I know that being alone isn’t exactly a great cure for loneliness, but hear me out. If you have young children at home, you’re all the more likely to be wildly unfamiliar with this new person that you are outside of being a parent. It’s so easy to become lost in the life that is parenthood, even if you’re lucky enough to have a strong partner and/or family help. It’s already hard to make friends as an adult, don’t make it any more difficult by feeling like a stranger to yourself.

Try to remember the beauty that is this season. I know how hard it is to feel grateful when you’re constantly bouncing between a dark shroud of loneliness and the guilt that comes from having fun on the rare occasion you’re without kids, but look for the joy. Take a few moments before bed each night to journal out a bright spot of your day, even if all it was was you putting your bra on this morning. You could also take a couple minutes to write letters to your babies in journals of their own, something for them to read as they grow older. It may not seem like much, but spending just five minutes every day focusing on the good can make all the difference during times of bad.

Know that social media is a lie

As an online entrepreneur, I’m well aware that we often only post the good. If you were to look at my Facebook, you’ll see photos of my beautiful children hugging, a clutter-free playroom, and healthy meal choices made.

What you don’t see is that they spent the last ten hours screaming at each other, the clutter is hiding behind me, and they threw that healthy meal on the floor while crying for corn dogs.

Likewise, when you see a friend posting statuses on the fun and free weekend they’re having, remind yourself that you don’t know the whole story (particularly if we circle back to feeling connected without actual connections). You can’t know the struggles someone else is experiencing unless you ask them and they can’t know yours unless you tell them. Rarely do we show the whole truth online or off, but if we at least recognize that fact, maybe we can begin our climb out of the “mom gap” and away from the loneliness that surrounds us.

Maybe you know me. Maybe you don’t. But either way — know you’re not alone.

Going back to our social media point, I know that it can be easy to look at someone online and think there’s no way they can relate. I recognize how blessed I am to be able to make a significant income while not having to put on pants or even brush my hair, but don’t let that fool you into thinking things are easy.

This blog post, for example, took me an entire morning to write (and mind you, I type nearly 100 WPM with a 98% accuracy). See what I mean about not brushing my hair? She’s in a different shirt because she “needed” to take a bath this morning.

And again, please let me reiterate — I would not change having my babies for ANYTHING in the world. There’s no doubt you feel the same, we all love our babies more than anything, but I bring it back up because I need you to recognize for yourself that it’s okay to say “I’m lonely” without then feeling guilty for it because you think you “should” feel something else.

We’re human. We feel. And that’s a beautiful thing. 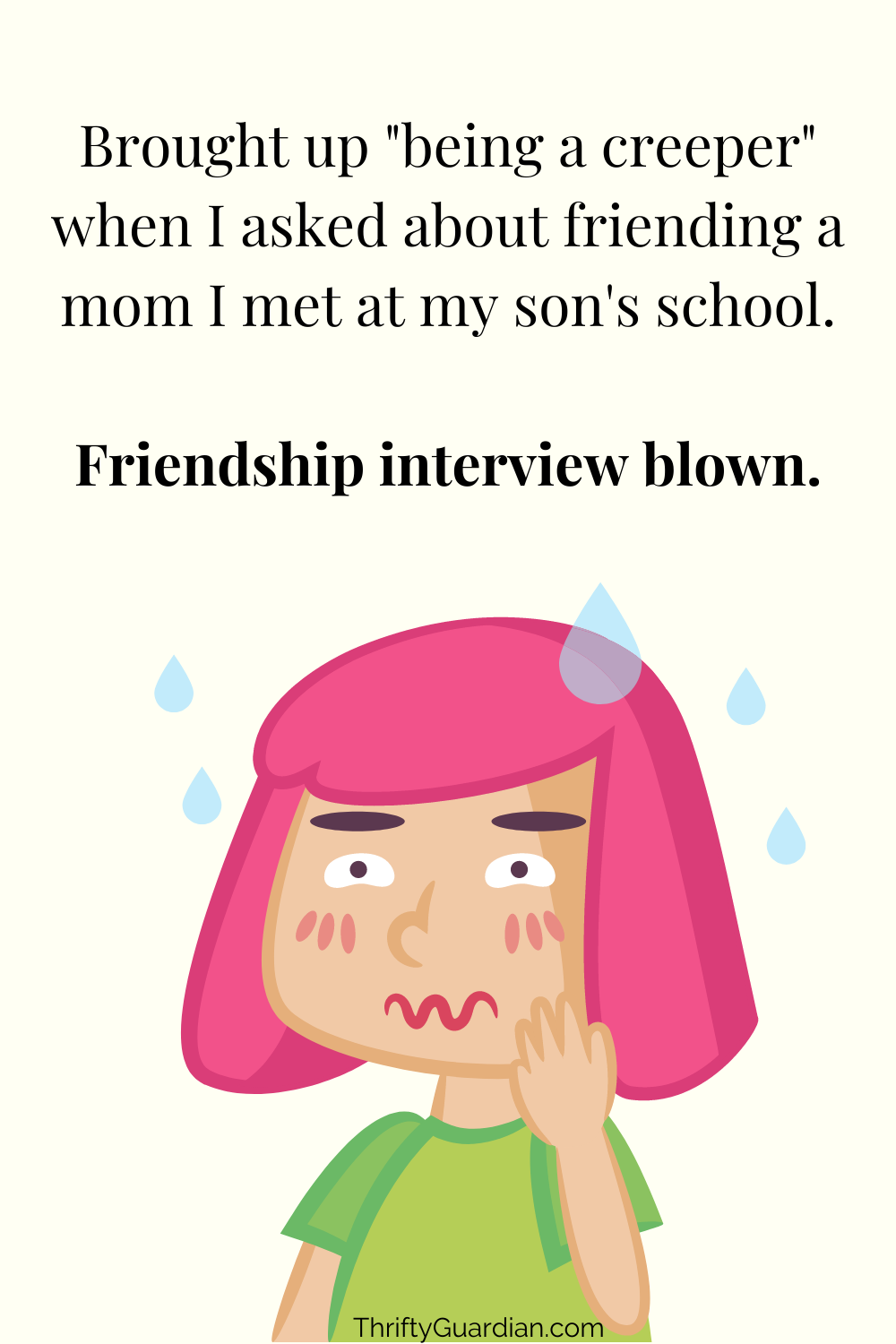