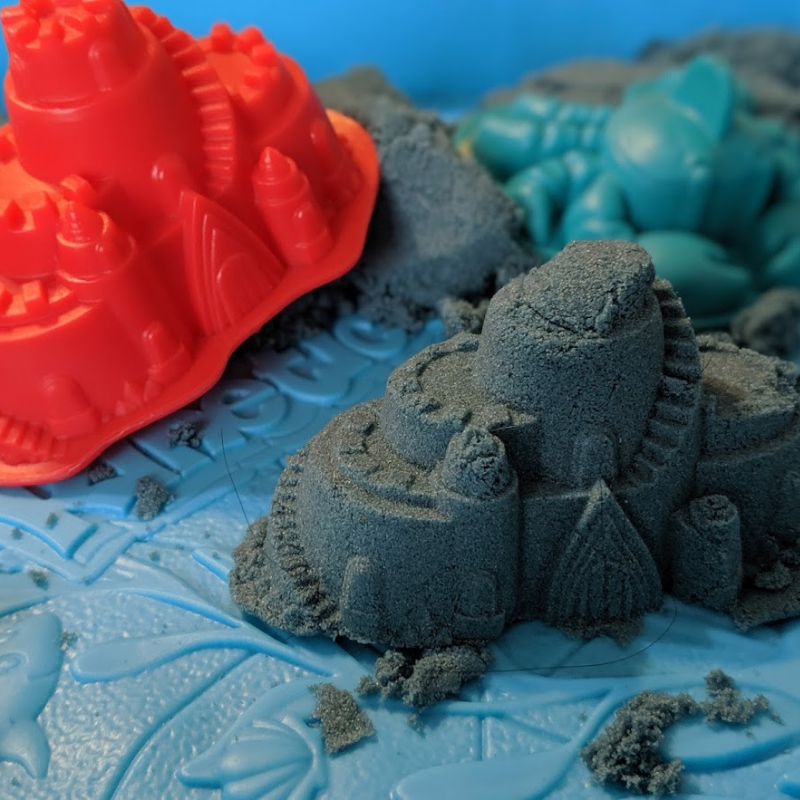 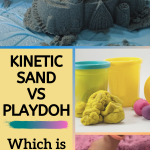 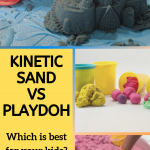 Kinetic sand and playdoh are two favorites in this house, but only one is allowed to be played with unsupervised…can you guess which? 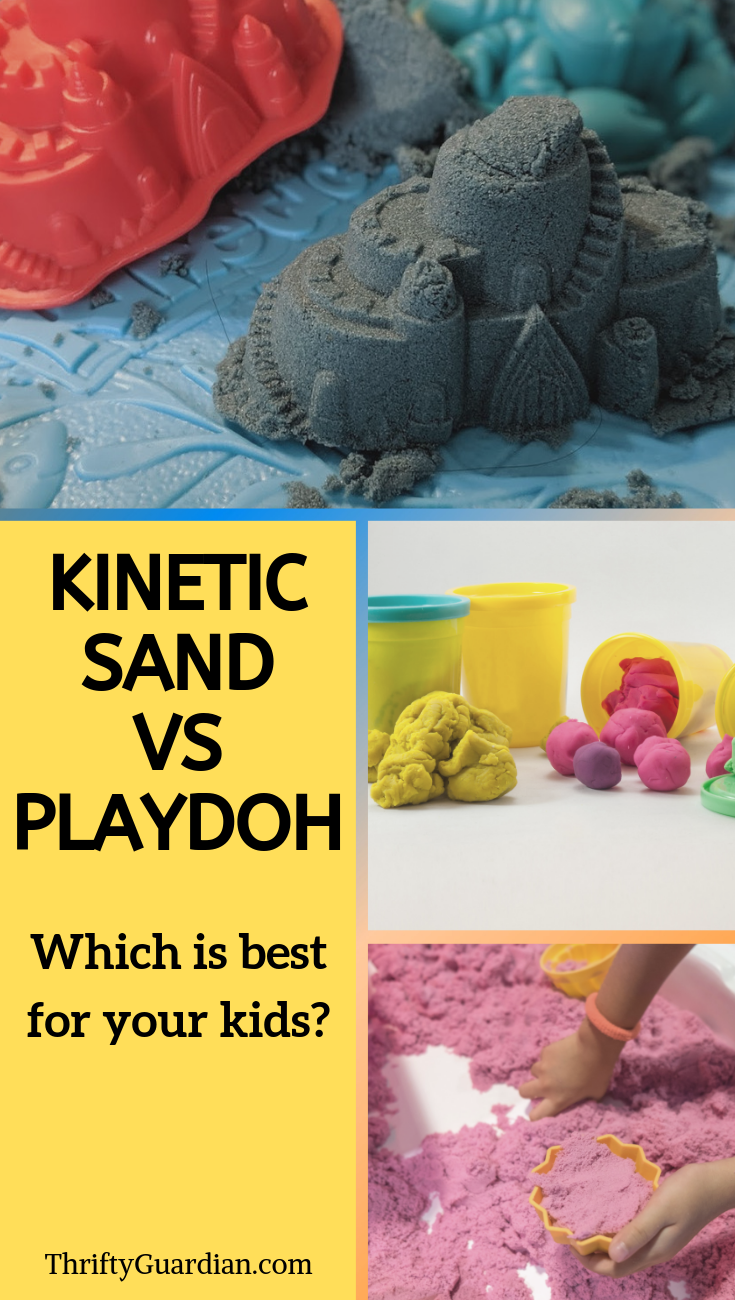 If you’ve had experience with both, it’ll come as no surprise that my preference is definitely the kinetic sand. That’s not to say we’ve gone so far as to ban playdoh for the house, but it’s certainly tempting at times.

Both are great, though, for sensory play. Sensory play is any sort of play that stimulates the senses – be it taste, touch, smell, sight, and/or sound. What’s great about both kinetic sand and playdoh, though, is that they also bring in the opportunity to strengthen motor skills.

While they’re both fun to build and mold with (and there’s no doubt the kids love both!) this mama is all about the kinetic sand!

What is Kinetic Sand?

Kinetic sand, also known as magic sand, is mostly what you’d expect – sand. But if you’ve ever actually touched it, there’s clearly something magical about it that seems to defy expectations. It’s able to be molded like clay, but feels silky. At times it almost seems magnetic!

This magic sand is sand that’s been coated in silicone oil. The oil is part of what makes kinetic sand so great – it’ll stick to itself but not to other things, like table tops or clothing!

Not only is it not messy, but any clean up needed is an absolute breeze! Because it sticks to itself, you can use a wad of it to “grab” whatever tiny bits might be laying about.

This stuff really does seem to defy physics. You can mold it into a variety of shapes, but hold it up and let gravity take over to see it turn back into what appears to be regular sand. 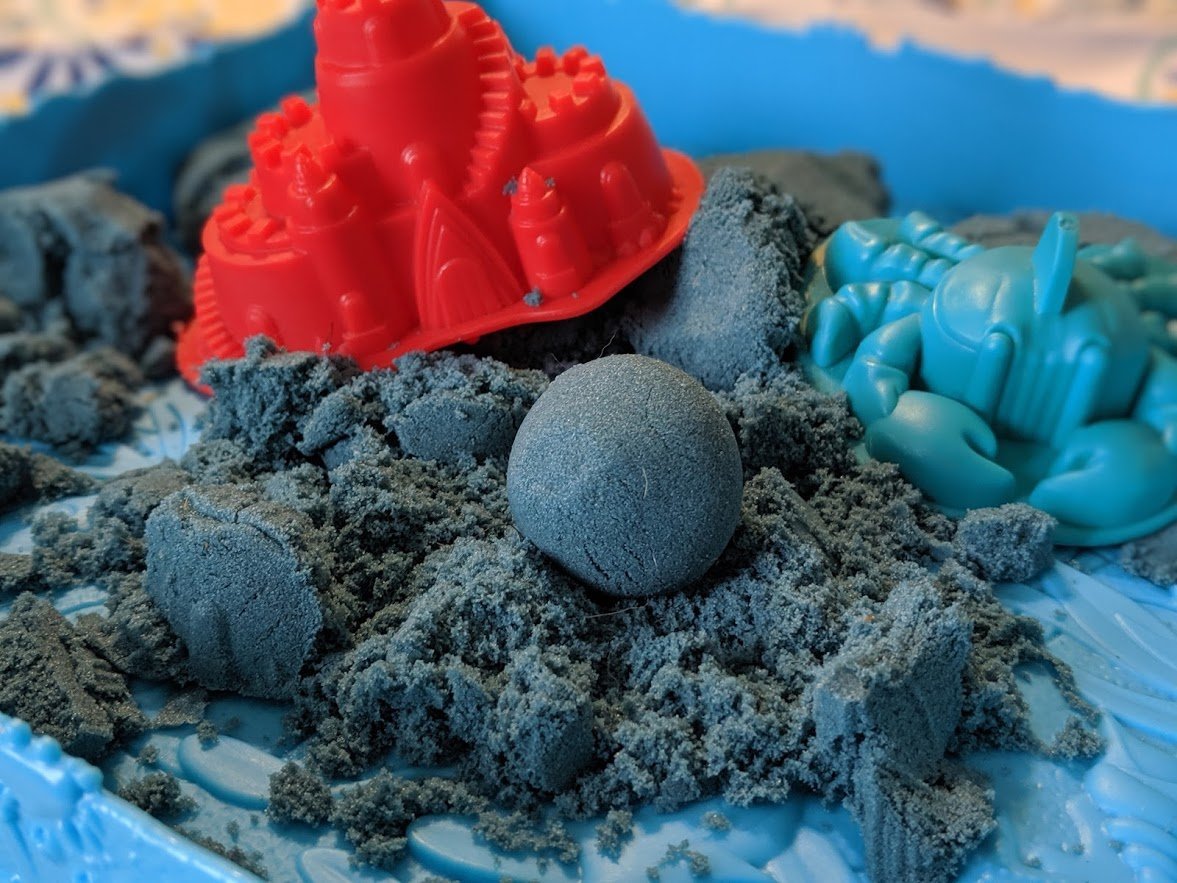 Why Kinetic Sand is Better than Playdoh

Beyond the fact that it’s easy to clean up, there are many other benefits that make kinetic sand better than playdoh. For one, it’s gluten-free. Now to be honest I hadn’t even thought about this until I came across a mom selling a HUGE lot of playdoh at a garage sale. When I asked her about it, she mentioned her daughter had a gluten allergy; I was floored!

Another thing I love about kinetic sand vs playdoh? No shards. We’ve all seen the memes and jokes about stepping on legos, but let’s be real – NOTHING hurts like stepping on a shard of dried playdoh. Kinetic sand doesn’t dry out, even when forgotten! 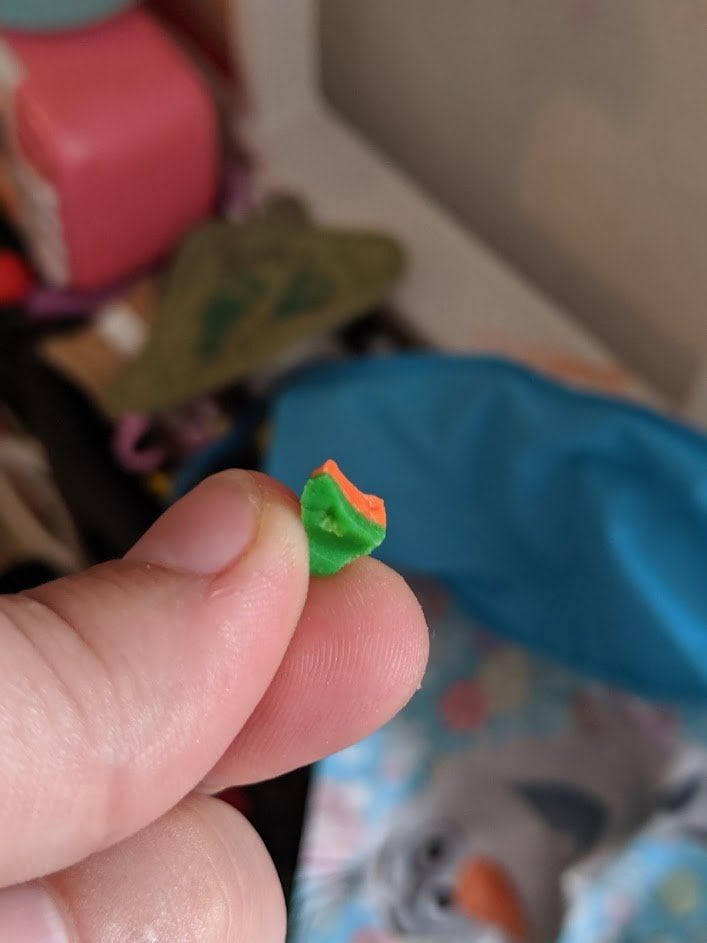 Kinetic sand is also incredibly relaxing. As weird as it seems, there’s something very chill about playing with this sand. I’m not sure if it’s due to the feel, the way it moves, or what, but it’s a lot of fun.

So I don’t want to say that play dough is the worst, after all it makes for a great candy-free Halloween handout!

But if you are going to opt to have it over kinetic sand (or in addition to) I very much recommend the brand Kiddy Dough. It has a great cloudy feel to it and is far more affordable than actual Playdoh. It’s still not better than kinetic sand, but it is a lot of fun.

When it comes to kinetic sand vs playdoh, obviously that’s a choice each parent makes for their own littles. That said, if you’re debating on which to give as a gift to someone else’s child, go with kinetic sand. Always! It also makes for a great gift choice because of the variety offered. (*psst* in case you’re wondering, yes I will fully accept sparkly pink kinetic sand for my next birthday!)

Which do you prefer – kinetic sand or playdoh? Or neither?

Let us know in the comments below!