Jurassic Quest – Is It Worth the Cost of Admission? 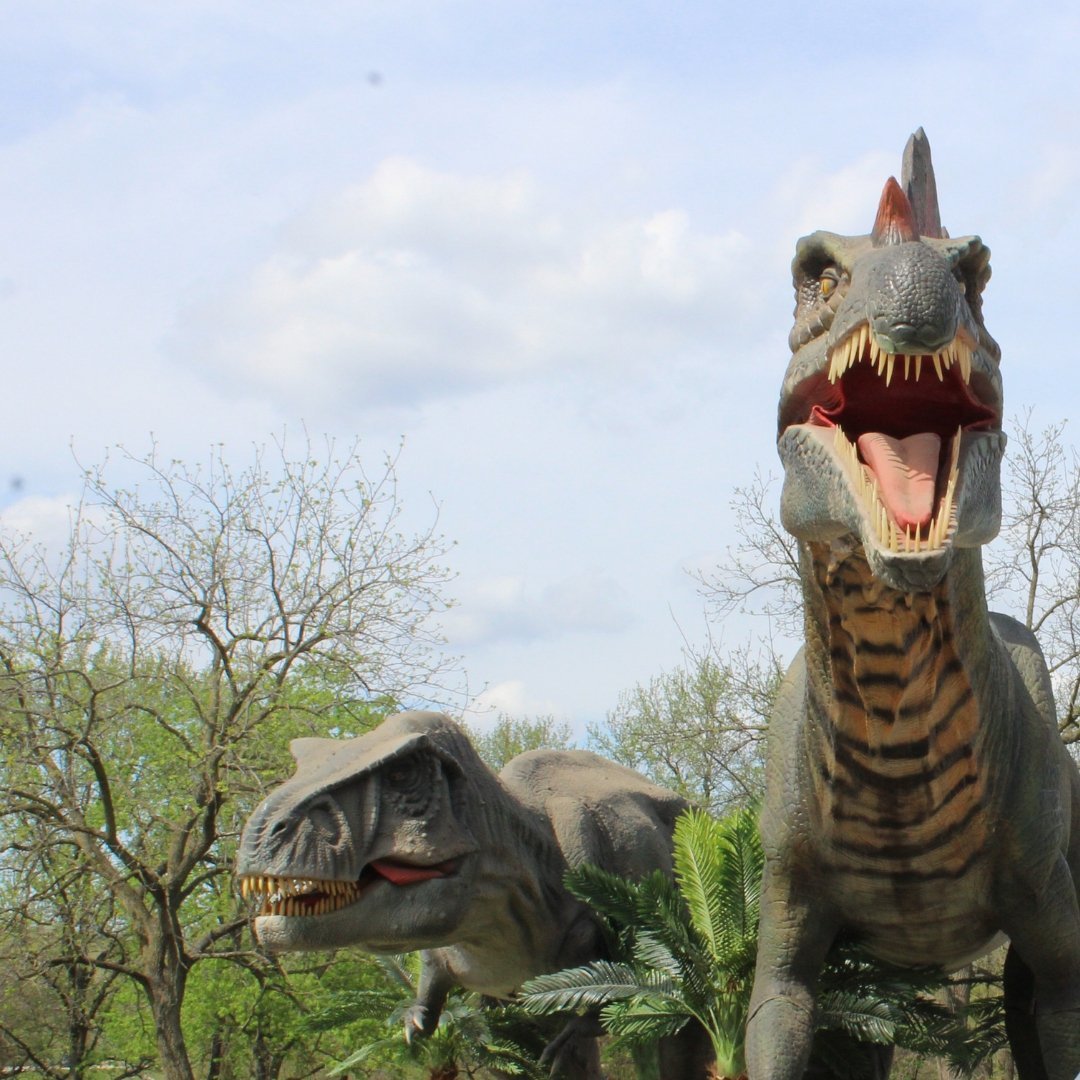 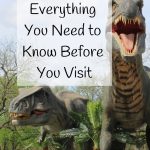 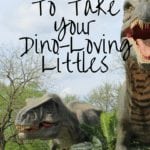 Jurassic Quest is the ultimate stop for the dinosaur lovers in your life.

Dinosaurs have been my son’s obsession since before he could talk. Even from a young age, he’s always been VERY into learning their names and identifying them.

For example, here’s a video from when he was barely 3yrs old:

So last year when I heard about Jurassic Quest, an event filled with animatronic dinosaurs and lots of fun activities for kids, I knew we HAD to go.

This year I’d been stalking their website when FINALLY they released the dates they’d be here in Springfield, IL. And this year I was lucky enough to work with their marketing team to have them sponsor this post, though their sponsorship in no way impacts my thoughts or feelings toward Jurassic Quest.

What is Jurassic Quest? 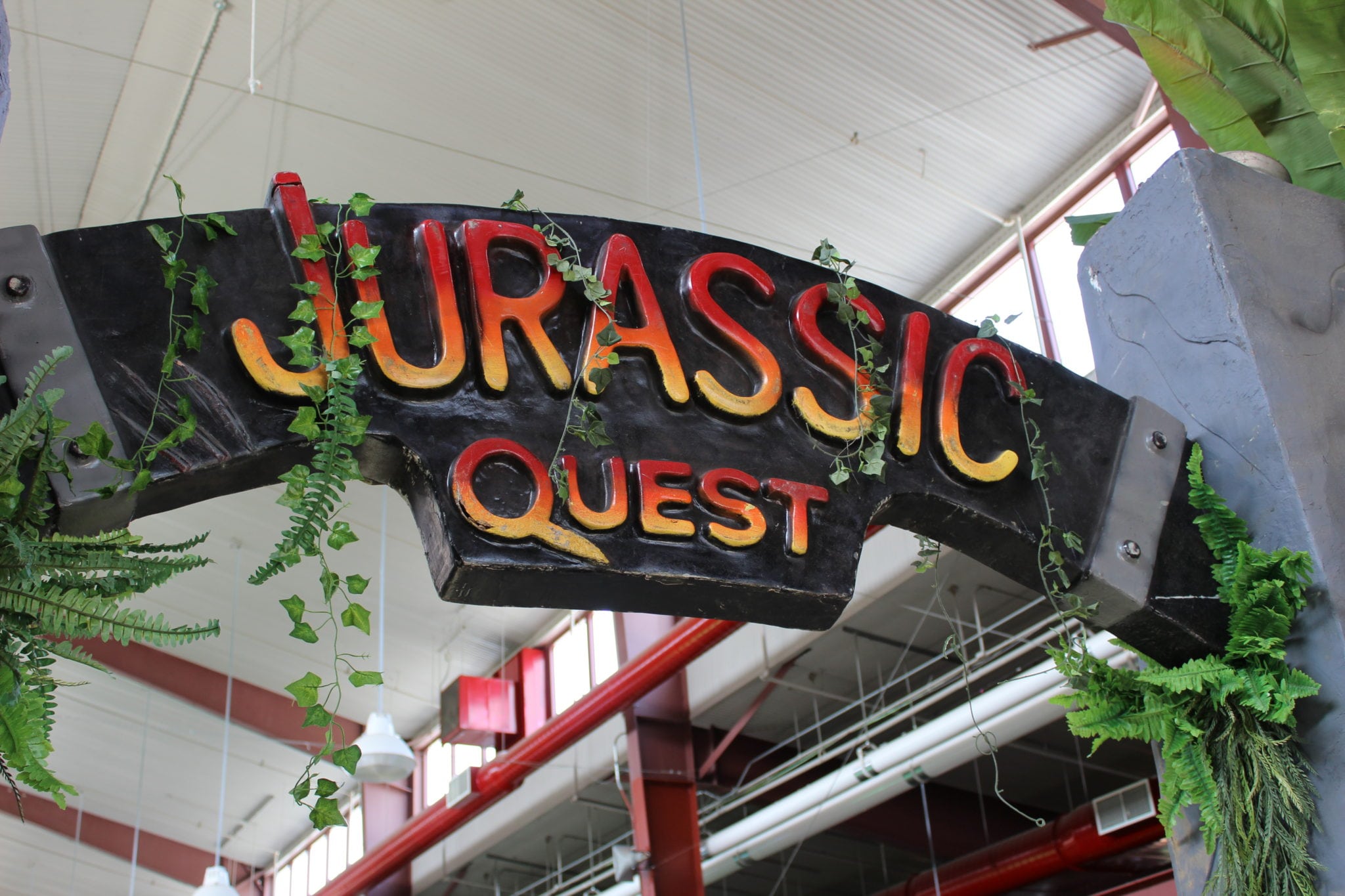 Jurassic Quest is as close to the dinos as you’ll ever get (barring time travel, but let’s be real – you probably wouldn’t want to see a T-Rex in the flesh…)

They have true-to-life size dinosaurs, ranging from the small Compsognathus – Remember Jurassic Park 2? They were the ones who attacked in the beginning… – to GIGANTIC dinosaurs that you’ll almost certainly see from the parking lot. They have over 100 dinosaurs that truly couldn’t look more real. Even as an adult who’s never really been all that into dinosaurs, Jurassic Quest is a thing of beauty.

Not only that, but they have so many fun interactive events, including BABY dinosaurs. I mean oh my goodness, these things are absolutely adorable (even when they try to steal your child’s paci!) How Much Does Jurassic Quest Cost?

Okay, my thrifty friends, here’s where you might get a small bit of sticker shock…I know I did when I first saw the prices.

Now I know that seems like a lot of money, but trust me when I say it’s worth it. You need to just go ahead and invest the extra $14/child in the VIP because otherwise you’ll end up either A) missing out on a lot of fun or B) have to fork out the money for said fun at the event and end up spending more than you would have otherwise.

This is one of those events in which you have to evaluate the ROI in terms of family fun. Yes, $110+ is a lot of money, but you can spend an entire day there and goodness knows you can’t put a price on happy children in need of an earlier bedtime. Not to mention, you’d probably spend 6x that spending a day at Disney World or the like. 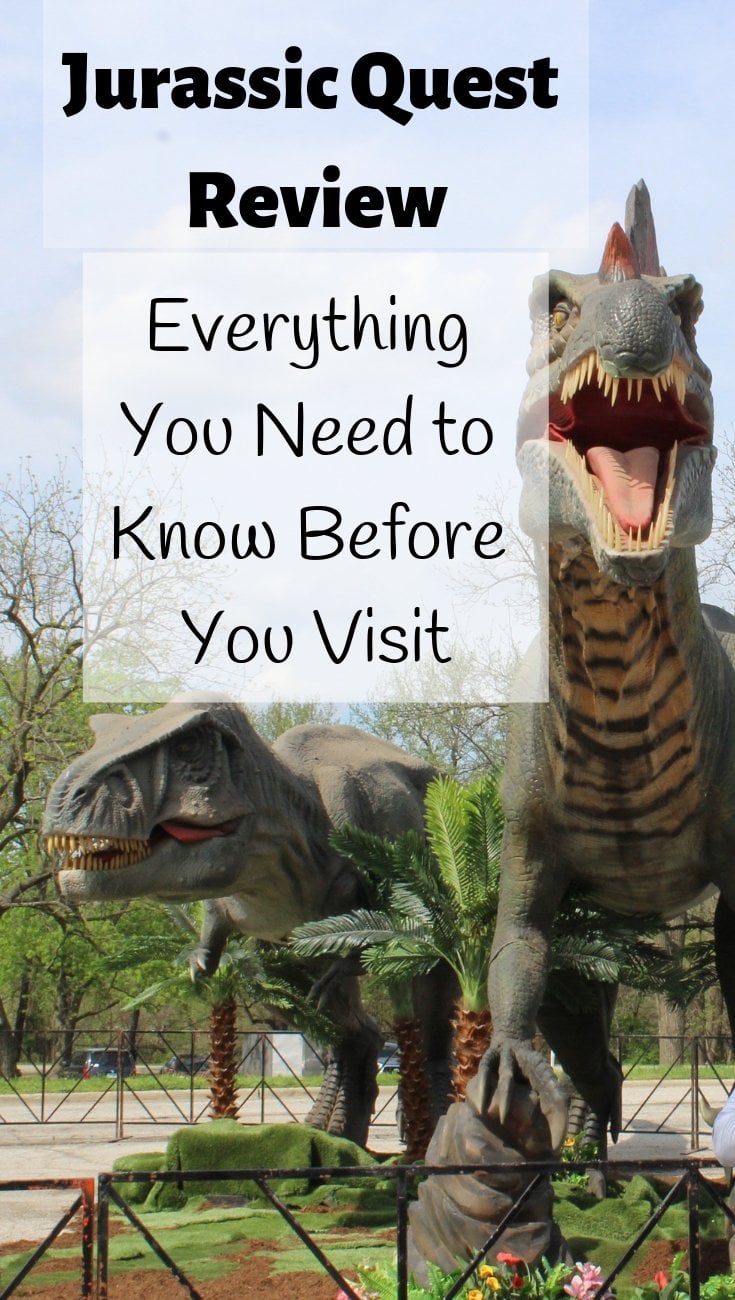 What Activities Does Jurassic Quest Have?

The activities are what factor into deciding whether or not to invest in the VIP tickets. The regular tickets ($20/child) include the exhibit and the arts/craft station. The VIP include unlimited dinosaur rides, fossil digs, dino scooters, bounce houses, bungee pull, and basically anything and everything at Jurassic Park – save for face painting, souvenirs, and candy. Each of these things on their own without VIP is $5/each.

Allow me to show you in pictures all the fun things we had going on: His first time with a motorized kid’s jeep! Fortunately these ones didn’t break down like they did in Jurassic Park… Playing on the bounce house! They also have another one for kids under 3. 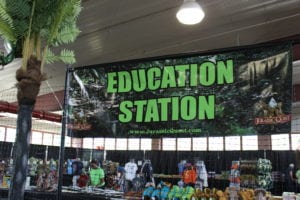 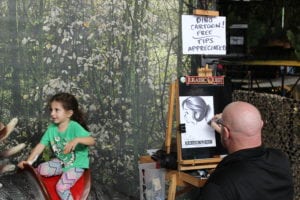 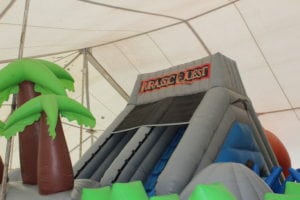 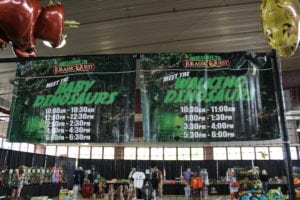 Now just like any other amusement park or the like, Jurassic Quest does have a gift shop….a HUGE gift shop that is pretty much impossible for your kids to miss. Luckily, most of the things are fairly priced…save for the Good Dinosaur DVDS, I kinda had to laugh at that one… 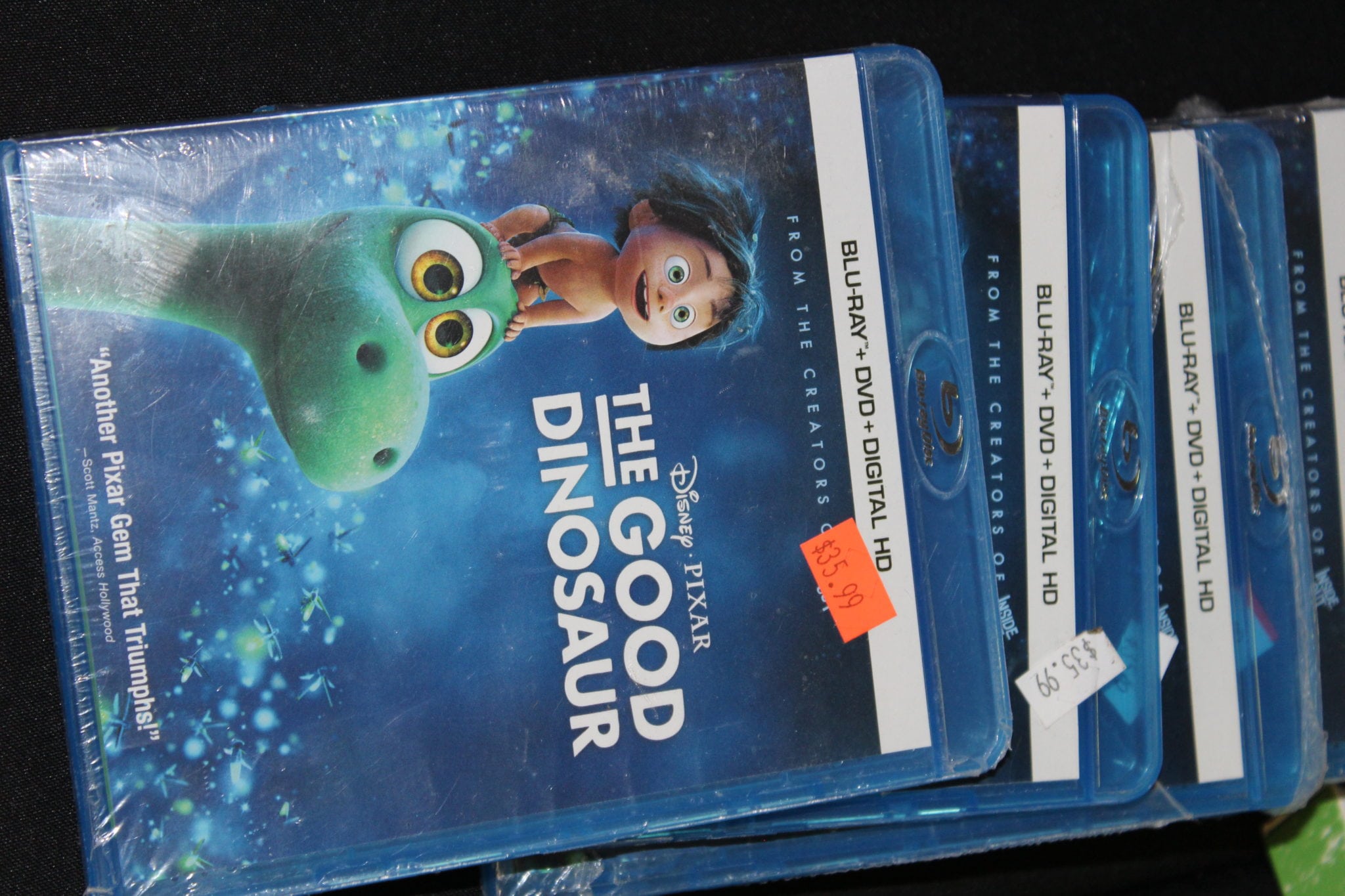 In 2017, we bought a huge dino playset that included a playmat that my child still uses well over a year later. This year, each child wanted another playset, but they were very reasonably priced at about $20 each. One of those is *supposed* to be for his sister… 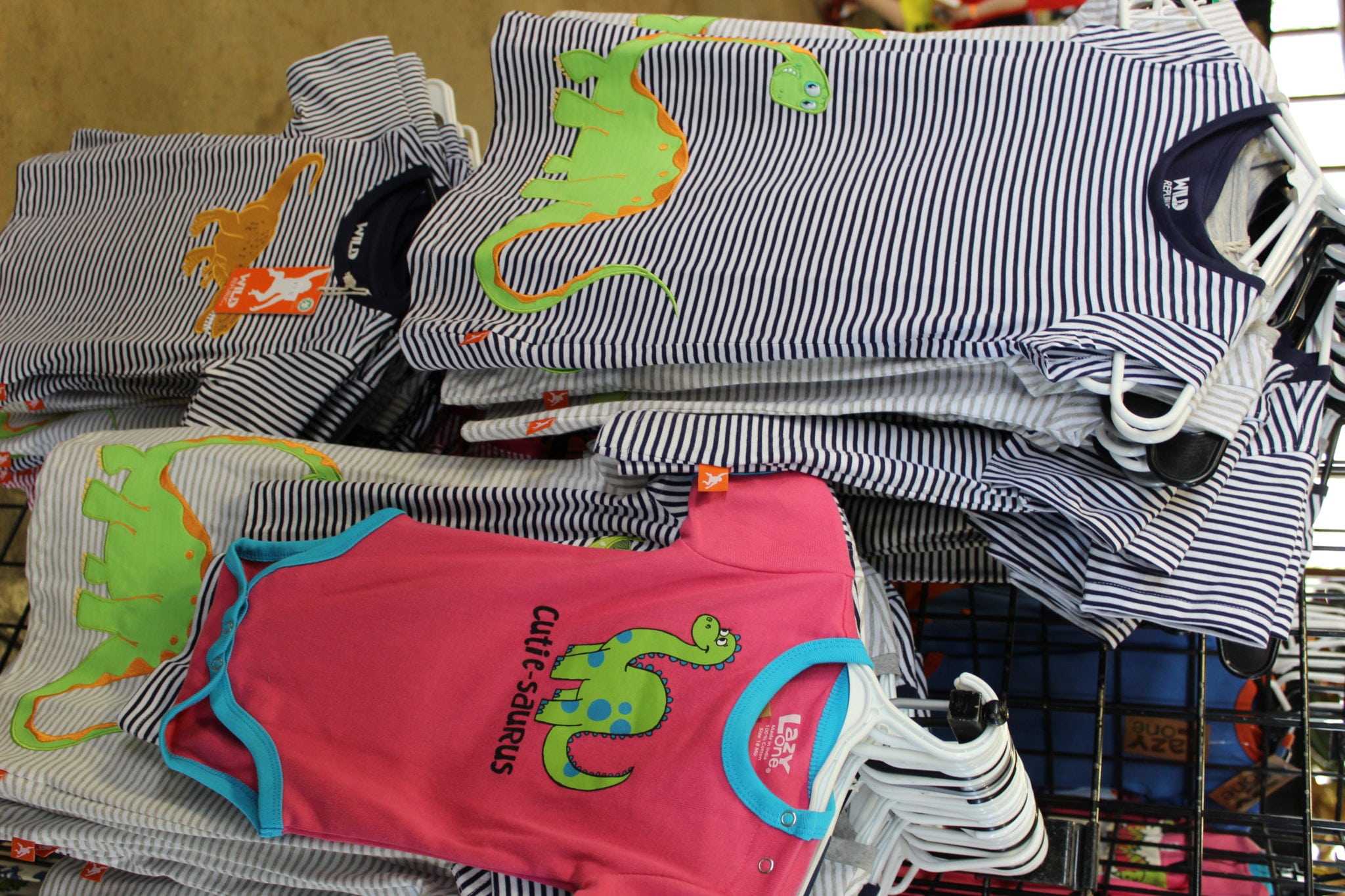 I really REALLY wanted to buy this one!!

Overall, while Jurassic Quest can seem a bit pricey, it truly is fun for the whole family and something I wholeheartedly recommend checking out the next time they’re in your area. Let’s face it, these days you can’t even go to the movie theater as a family without spending $60+, why not pay a bit more to have an experience that your children will remember for years to come?

Have you ever been to Jurassic Quest?

I’d love for you to comment below and let me know what you most enjoyed there!