Why You Need to Stockpile Presents for Your Kids 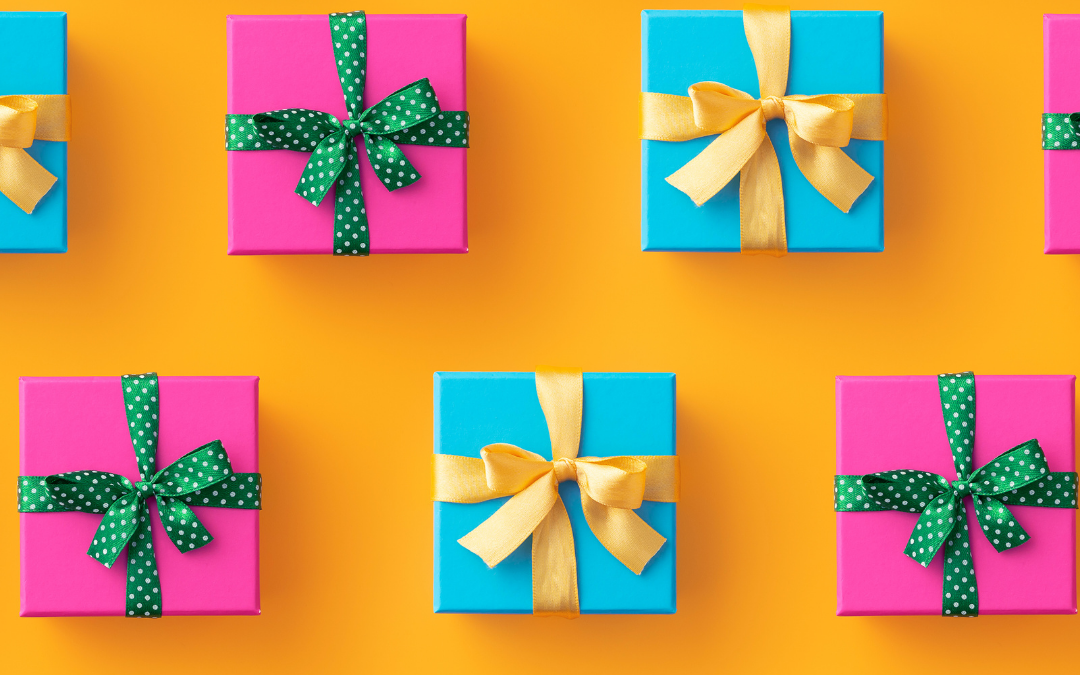 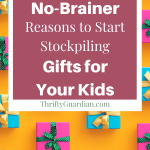 We have totes for everything – storing holiday decorations, keeping the umpteen feral cats in our neighborhood warm during cold winter nights, planting small varieties of tomatoes, etc.

It’s not quite as bad as my mason jar habit, but it’s getting there…

Then one summer, we found an extremely value-priced Imaginext playset at a garage sale and my love of totes jumped to a whole new level.

We made the $2 plunge and bought the toy for our son, but as “luck” would have it, he was being extremely contrary that day, so a new toy wasn’t in the cards for him. While we pondered where we could store this fairly sizeable and yet 99%-cheaper-than-new playset, my thoughts strayed to a large, grey tote we had in our attic.

So with the toy safely stashed in our 150-year-old attic, away from prying hands and nosey toddlers, we decided we’d simply give it to our son for his next birthday, which was in a few months. As per routine, we went out the next weekend to garage sales and found a really cool toy guitar for our daughter. Again, it was I think a dollar, but we don’t like the habit of giving our kids presents for no reason, so up to the attic it went.

Thus, through the magic of simulated time-travel and a knack for spotting good deals on gently used toys, the Future Present Tote was born.

Why You Need to Stockpile Presents for Your Kids

Disclaimer: This post may contain affiliate links, which means if you click through and make a purchase, I’ll earn a commission and be able to afford coffee tomorrow. And Mama needs her coffee… 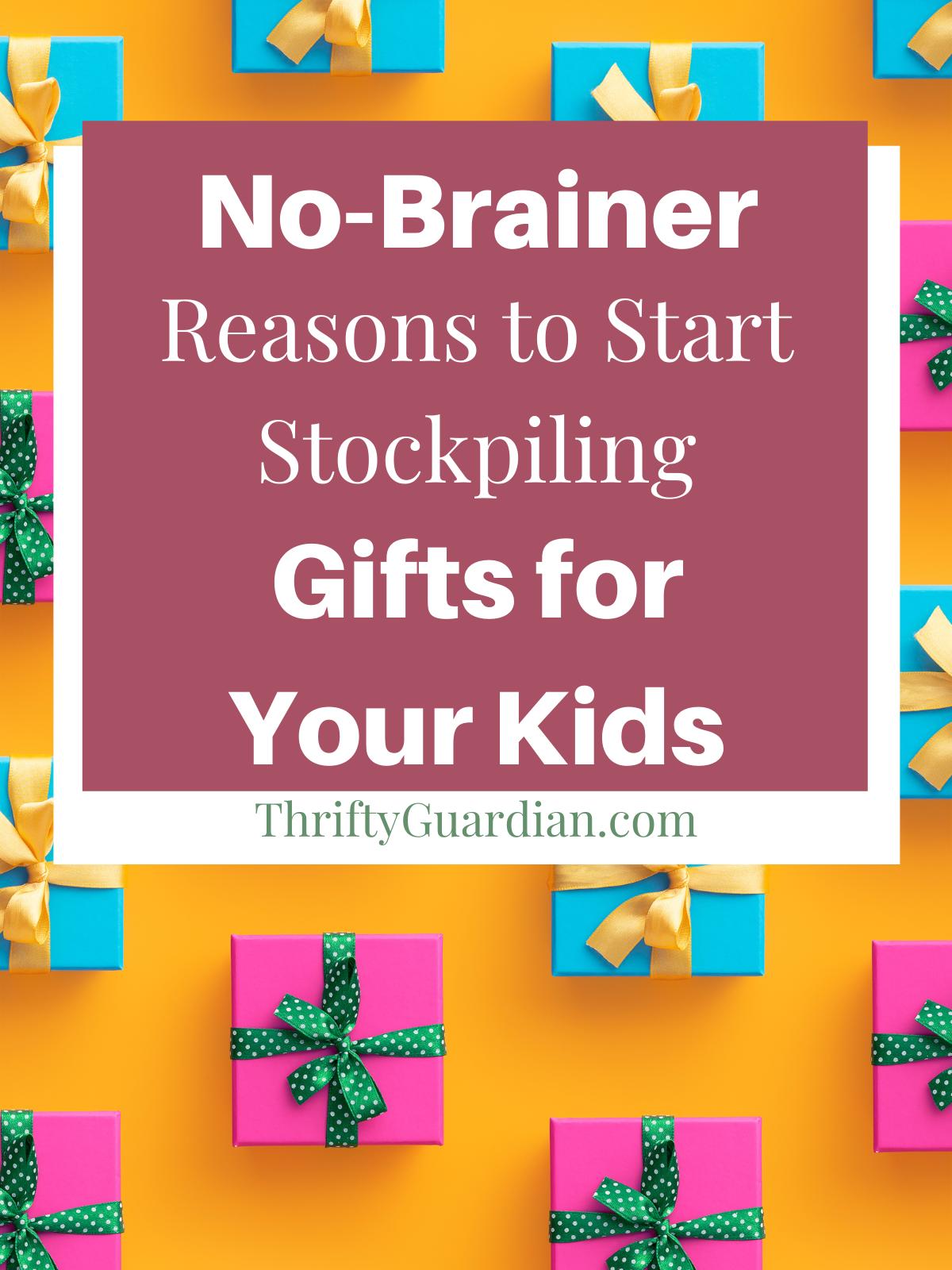 But What About Buying New Toys?

When I was a kid, I’d always get a combination of hand-me-down toys and new toys for holidays/birthday. (I also got socks and stuff, but I try to block out the more sadistic traits of my family and focus on the good.)

Whether the present was a brand new doll or a tea set from Goodwill, I never knew the difference because it was always new to ME. I mean, it’s possible my toys were judging each other on being shiny and new like some Mean Girls/Toy Story crossover, but who was I to get involved?

As a parent, though, I totally understand why my mother or grandparents might have opted to give me second hand stuff – toys are expensive.

Not only is the cost an issue, but new toys are…well…sorta wasteful, don’t you think? When you buy a used toy or doll, you cut down on package waste, and you might save an item that was otherwise destined for the landfill. You put money directly into the hand of an actual person, rather than a huge corporation. And, if after their presents are opened, your child decides within a few months they no longer like Power Rangers, you are out like $10 instead of $100+.

The New Adventures of Old Toys

If you have older children, I can see why you might hesitate on giving them “used” toys, but you’d be surprised what you can find at garage sales and online resale sites that are actually in really great shape! For example, when I worked at PBS, I went on a huge Bob Ross kick and ended up buying a Bob Ross paint set. I was really cool in my early 20s…

Once I realized that maybe I wasn’t so great at painting happy trees, I decided to sell it — nearly new and at a third of the cost! Something like that would make for a great gift for older kids.

On the other end of things, if your children are young enough, you can also “retire” certain toys to the future presents box when they get new ones. This frees up space, reduces clutter, and allows you to keep them interested in a lesser amount of well-loved toys and stuffed animals. Then, after a while you can reintroduce the old toy and watch them regard it with renewed interest.

Fantastic Deals and Where to Find Them

Where to stock up on future presents is probably the most fun part of the whole experience, aside from the money you’ll save. We love spending a Saturday morning perusing garage sales during the summer – it’s a great way to score deals while also enjoying sunshine and exercise as a family! Typically, we find some decent things in the fall, but those first spring garage sales are where it’s at.

People are very eager to clear their house out after winter, and especially since Christmas’ excesses and new toys are somewhat still lingering, you can get some really cool stuff dirt cheap. 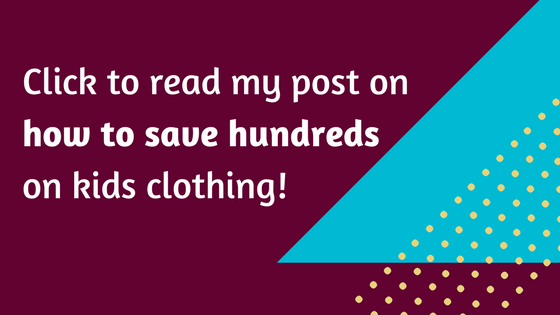 Another opportunity is Facebook’s Marketplace feature. As your kids’ birthdays approach, run a few casual searches on their favorite things and you’d be surprised at what you can find. We picked up a Doc McStuffins playset for my daughter for $1 that would normally go for $30 were it brand new. It’s in pristine condition, not missing anything, and the family was happy to get rid of it as their children had grown out of it.

Granted, it’s a bit bigger than the tote, but the concept still holds true – she got it for Christmas and ADORES it.

Give Totes a Chance

This isn’t the first nor last time I’ll wax poetically about the usefulness of totes, so you might as well get on board. Pick up a tote and pick a hiding spot, because this method of money saving is a keeper.

The only downside is of course that if you don’t hide it well, and I mean really well, it’s like a time capsule treasure chest for sneaky little hands. Aside from that, though, get yourself a future presents tote and start saving money for your future in the present.

Oh and also you could use it to…