Decluttering With Kids: Helping Them Let Go of Stuff 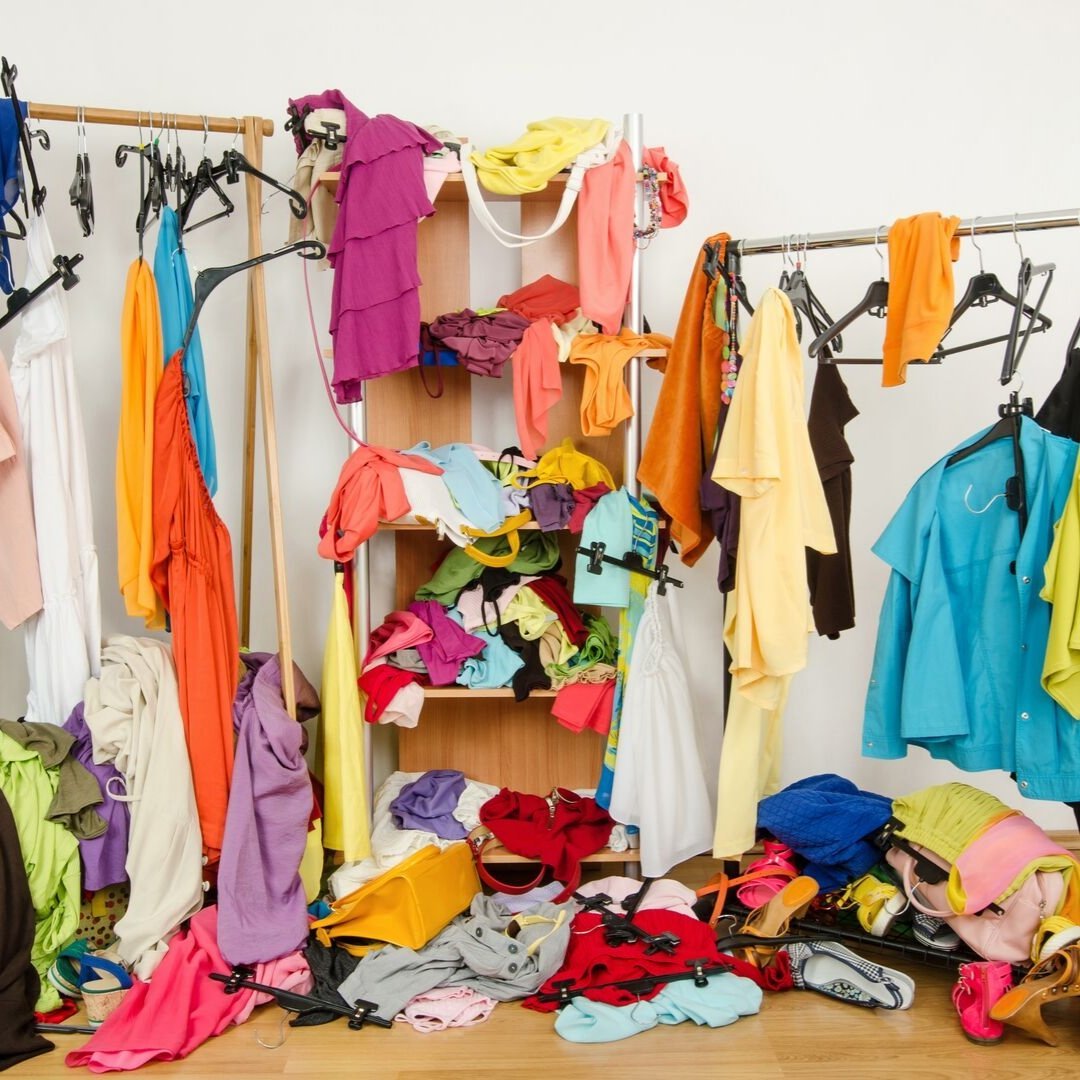 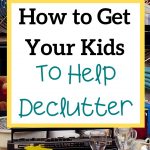 Every time you step on a minefield of Legos, you probably think “these kids have too many toys”. You’re also probably right, but telling a kid that they have too many toys is…well just try it. Our kids are the first to talk about what they’re going to get for Christmas while the birthday wrapping is still on the floor.

The point is, it’s hard to convince kids that they should maybe get rid of some of their stuff. Their frame of reference is far shorter than ours as adults, so to them, this is ALL their stuff. But as they get new toys and games, there’s got to be some compromise lest your entire house explode like a cartoon.

Going into the conversation in the right mindset, with the right tools and a solid plan will help you immensely. Your kids might be resistant at first, but if you follow these steps you should be victorious in the long run.

How to Get Kids to Help You Declutter 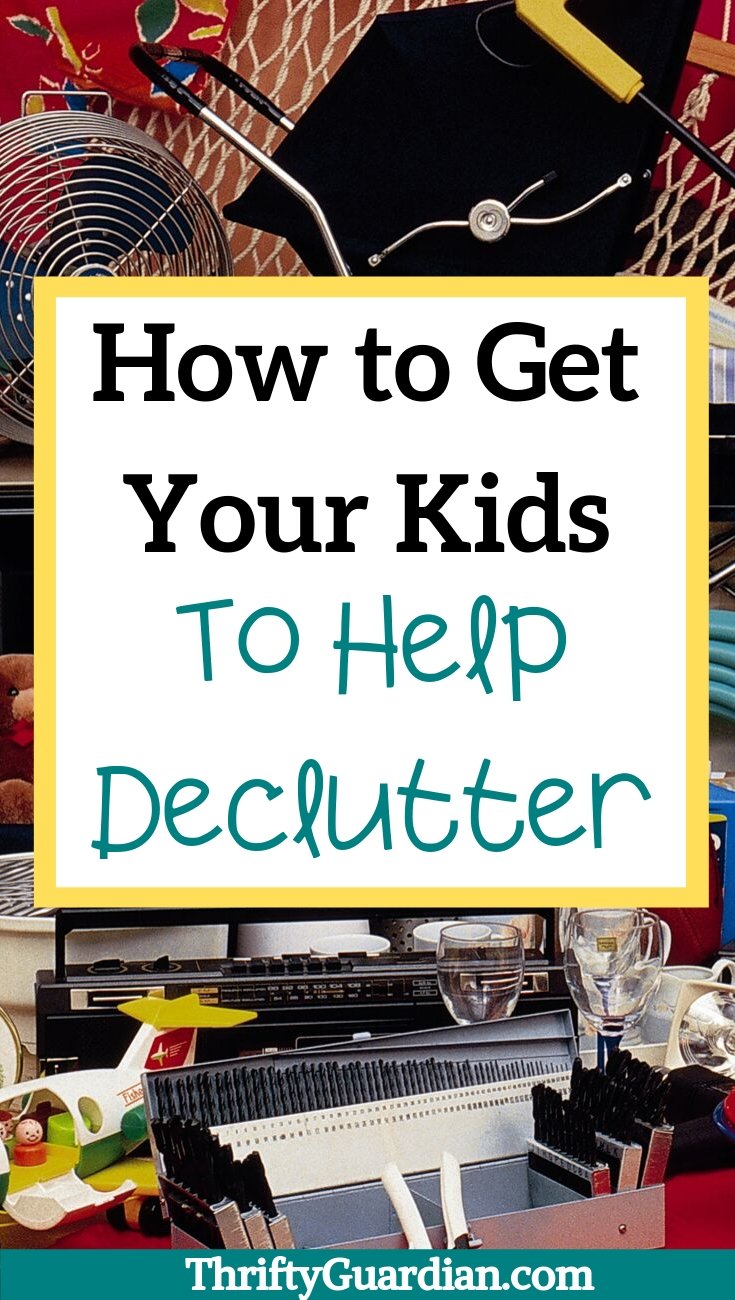 Ask them how they feel about the idea

If you approach it with a “it’s time we give your toys away” attitude, they’re going to balk. Talk to your kids about how they would feel about giving some of their toys away. They’ll still probably be quite resistant, but a discussion is better than an ultimatum.

Address each of their concerns thoroughly and don’t dismiss them. Again, these are their things, and when you’re 5, ownership is a weird concept. Explain that there are some toys that they simply don’t play with anymore, that giving anything away would be their choice and that you’re not forcing anything. This will allow them to consider and come to their own conclusion at first, making it more likely they’ll be receptive to the idea.

Appeal to their sense of being “grown up”, and that letting go of old toys is a symbol of that.

Explain to them that if they DO give away toys, you will donate them to kids who don’t have any. Especially around the holidays when there are kids who won’t get much of any presents, your kids will feel good about helping other children.

Reiterate that it will still be their choice and that you won’t get rid of anything unless they say it’s okay.

Bust out the totes

Once your child agrees, the best thing to do is to get a handful of big storage totes and sit down in their room with them. You can go through their toys with them, sorting them into a “keep” and a “donate” tote. Once you’ve gone through everything, take the “donate” tote and put it up somewhere; your garage, attic or a closet are best. Leave it there for a few months just in case your child changes their mind about something. If they haven’t said anything about the toys after a few months, you can safely donate them.

Embrace sentimentality (to a point)

If you have a stuffed animal that was yours and you gave it to your child, then obviously that can stay. Their first blocks, or their favorite pacifier can still be used for any other kids you might have, so keep them, too.

If your kids are getting into the trenches about a Ninja Turtle they found in the back of the closet they haven’t seen in 3 years, that’s a different story. Additionally if they have a lot of baby toys that hold a lot of emotional weight but that won’t get used, store them in a safe place until your kids have kids of their own. I personally have multiple books that were owned by my mom when she was a kid that she read to me, that I now read to my babies.

Storing – not donating – of sentimental objects functions similarly to decluttering, but without the emotional loss of donating.

Make them into little entrepreneurs

If you are planning on having a garage sale, explain that they could make money on their old toys by selling them. Make sure they know that by selling a lot of old stuff they don’t use, they can pick up new stuff. While the ultimate goal of decluttering is to get rid of extra stuff, selling old toys to buy new ones has a distilling effect. Rather, the volume of stuff they get rid of will be much larger than any new stuff they buy. This also gives them some control over their domain which is always new and exciting.

Establish a “too big bin”

My daughter loves clothes – she changes outfits more than a Superbowl halftime singer. The problem comes when we go to dress her and every outfit I pull from her dresser is too small. The solution for us was a “too big bin”.

Essentially as your child goes to get dressed and finds that the clothes they’re putting on are too small, they take them off and into the bin they go. This can be a clothes hamper, box or (if you’re like me) a tote. The clothes can then be donated or sold. It keeps clothes that don’t fit from popping up when you’re 15 minutes late to dance.

Plus selling clothes is a great way to then re-invest in “new” ones, thereby getting kids’ clothes basically free!

Give them options for where to donate

The blanket concept of “donating” your old stuff is pretty broad, and it’s especially broad when you’re 5. Sit down and explain the many different places and people that can use their toys and clothes and why. For instance:

You can also suggest they sell their stuff like we talked about above, but then show them charities to which they can donate the money. Programs for animals and kids are the ones our children are drawn to, but there are as many charities out there as there are causes to champion. You’ll find one that appeals to your kids.

Your kids are little blank slates; if you show them that hoarding wealth and possessions is good, they’re going to grow up believing that. The same thing goes with showing them that they can help other people by donating their time, money and stuff.

We’re a family that’s big into volunteering with children, including making blessing bags for the homeless every year.

Most children look at their possessions as simply what they are, and they interact with them accordingly. If you show them that they can help other people, make money or contribute to the housework by donating or selling their stuff, suddenly they gain a new level of autonomy over their lives. You’d be surprised at how motivating a feeling of control and efficacy can be, especially for kids.

Have you decluttered your kids’ room? Did they help, were they resistant or did everything go better than expected? Let us know in the comments what worked for you!